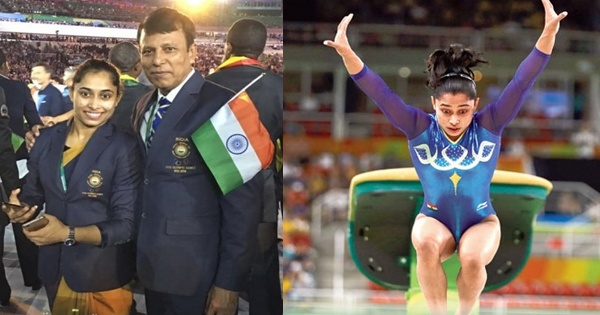 A sport that is lyrical yet dicey. An activity that involves the right balance of strength, control, flexibility, endurance, and dexterity! That’s gymnastics. Think about gymnastics and you will be robotically shipped to the world of Bisweswar Nandi and Dipa Karmakar. The ancient Indian tradition of the sacred Guru-Shishya bond is further glorified by them. Dipa Karmakar mastered the knowledge that Guru Bisweswar Nandi embodied.

The history of women gymnastics in India is created by Dipa Karmakar. It was in the 2014 Commonwealth Games that Dipa Karmakar scored a bronze medal, the first ever female Indian gymnast to do so. The first ever medal in gymnastics in India was won by Ashish Kumar. He won a bronze medal in the 2010 Commonwealth Games. His chief coach Vladimir Chertkov was from the Soviet Union.

Dipa Karmakar is one of the few gymnasts in the world to land Produnova successfully on their feet. Produnova is the hardest vault performed in women’s artistic gymnastics. Karmakar had flat feet, an undesirable physical trait in a gymnast. It was through extensive training that she was able to develop an arch in her foot. In the 2014 Commonwealth Games, Dipa made an average score of 14.366. Her overall score in Rio Olympics 2016 was 15.066, finishing at 4th position. Dipa Karmakar was the first Indian female gymnast ever to compete in the Olympics and the first Indian gymnast to do so in 52 years! Bisweswar Nandi was the mentor behind her success.

For his contribution to gymnastics and bringing glory to India at the international level, Bisweswar Nandi was honored with the Dronacharya Award, conferred by Honorable President of India, Sri Pranab Mukherjee at the Rashtrapati Bhawan. Dipa Karmakar was conferred the prestigious Rajiv Gandhi Khel Ratna. 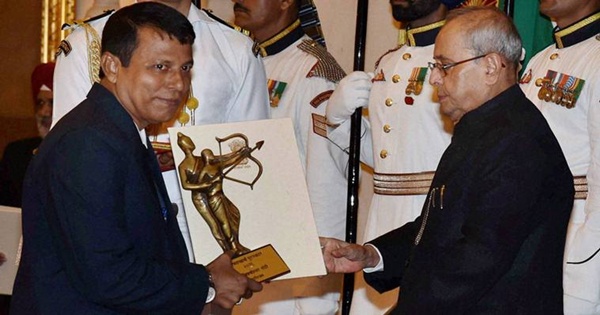 Here is an excerpt of an interview with Bisweswar Nandi, taken by Manoshi Sinha, Editor of My India My Glory Blogazine.

I started developing interest in gymnastics at a very young age. I started practicing from the age of 11 years 6 months.

For a girl, it should be 4 years 6 months and for a boy, it should be 6 years at the maximum. At this stage, the body can be easily molded to the dynamics of gymnastics.

I have been coaching since February 1986. Facilities are available at the local government sports school in Tripura.

Dipa Karmakar started practicing gymnastics from the age of 5 under the guidance of Soma Nandi, my wife. For two and half years, she learnt from her first coach the basics of the sport.

I have 8 students including Dipa Karmakar. All are under extensive training for the selection process for the Asian Championships, scheduled to be held in May-June. They are all geared up to undergo selection for World Championship to be held in Canada from October 2nd to 10th. 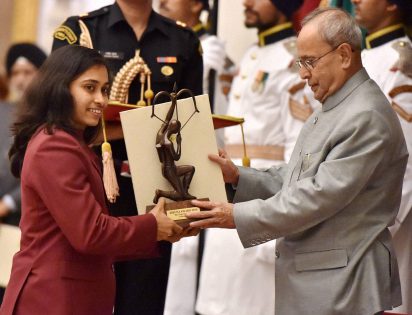 Facilities are almost sufficient in Tripura. But for advanced training, we move to the capital city Delhi. Dipa Karmakar trained hard in Delhi for three months prior to the Olympic Games. I am very thankful to the Sports Authority of India for providing full fledged support. My special thanks to Sh. Injeti Srinivas, Director General, Sports Authority of India for taking extra care to provide all the support we wanted.

To some extent, I must say, the Northeast is neglected.

But in gymnastics, the centre provided all the support and facilities we needed. The Sports Authority of India left no stone unturned to shore up our efforts. It is due to the state and central government’s support that we were able to achieve the feat in the Commonwealth Games and Olympics.

Indeed a big ‘yes’! For gymnasts, it is a big ‘NO’ to sweets, fast foods, ice cream, and fatty foods. They can consume milk, but only fat-free milk. They sacrifice a lot on the food factor.

My wife Soma Nandi is herself a gymnastics coach. She provides the basics of training in gymnastics. Our only son Akash Nandi is pursuing M. Com in Accountancy from Tripura University.

We do get, but we do not need sponsors, as the state and central government are providing all the support and facilities we require.

People are now increasingly taking interest on gymnastics. I wish to work not only for Tripura but for the entire northeast and India.

To help interested students come forward in this sport, opening of a training centre in Guwahati is in the agenda. This centre will be a combination of academics and sports. Students from all across the country can enroll here. They can pursue their dreams and bring glory to India at the international level.

Gymnastics is not only a sport but also a medium to holistic development. It is the mother of sports.

I appeal to all parents that they should send their wards to start training in gymnastics at a very young age. When started early, it can not only contribute to the development of the arms, legs, shoulders, chest and abdominal muscle groups but also make one confident, alert, disciplined, and daring. Through this sport, they can bring glory to the nation. 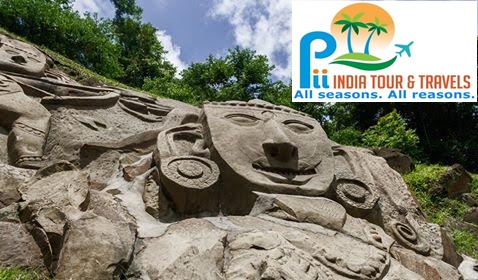 (Visit Unakoti, a chain of sculpted hills in Tripura with Pii India Tour and Travels. Visit their Facebook Page for latest updates.)