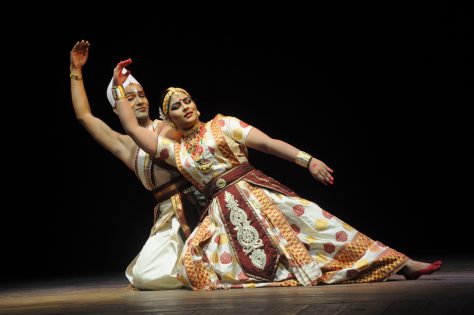 On 15th November, 2000 Sattriya Nritya got its recognition as one of the Classical Dances of India. Everyone around me seemed to be celebrating that day with pomp and show. Every stage of Assam was the place where this particular dance was being performed.

Of course, I was happy that this dance got the recognition. I had been practicing this dance not more than a year back. But deep within somewhere a few questions started arising, “Does this mean that the abhyas (practice) of this particular form of dance was worthless without recognition?” “Shall I be recognized now? If this recognition was so important why was it not given before?”

The dance Sattriya was crafted beautifully by the great Vaishnavite saint Srimanta Shankardev, originally ‘Sankaravara’. In the 15th century, he journeyed all over India for two times on foot and brought the beauties of the Indian musical world together, which revolutionized the birth of Sattriya Nritya. The dance is based completely on Vaishnav Dharma.

The language used by Shankardev in depicting his works was Brajavali. The styles of singing the songs Borgeets or Bargeets – bor or bar, which means big and geets meaning songs are different from both Hindustani and Carnatic styles. These Borgeets are also based on different ragas and comprises of more than 40 taals. 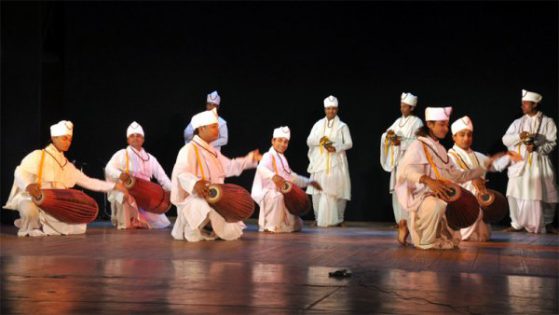 Although the ancient dance art forms in Assam are related to Shiva and Shakti traditions, the Rasa -expression, which totally inculcated through Sattriya Nritya, is Bhakti-Rasa. The basic of Sattriya Nritya is Eka Sharana – to worship only one and sole energy. Shankardev depicted this sole energy to Lord Krishna and His dasavatars (ten different incarnations).

Sattriya Nritya has evolved itself from Ankia-Nat i.e. One-Act play where the main themes are – Nritta (Pure Solo dance), Nritya (Expressive Solo Dance) and Natya (Dramatic group act). Through these themes, the preachers preach the ethical values from the Upanishads, the Bhagavad Gita, and Vedanta of the ultimate satya (truth) of life, which is enlightenment of the inner self by devoting oneself at the charan-jugal (feet) of Lord Vishnu . 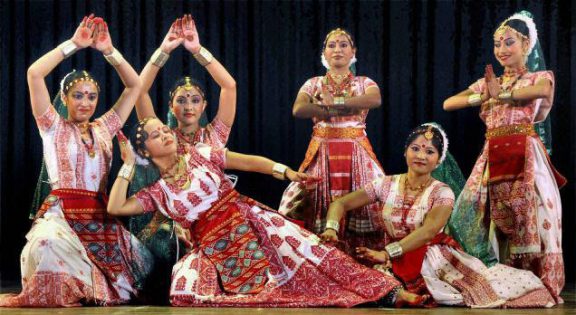 The attire for this dance form in every aspect represents Assam which basically comprises of the famous Pat (silk derived from the mulberry plant) or muga (golden silk of Assam) and woven with intricate motifs. The male oriented dances have costumes comprising the dhoti, chadar and paguri (the head turban) whereas the female oriented dance requires dressing with the ghuri (long skirt), chadar and kanchi (waist cloth), although traditionally the dresses were of white or raw silk color. Ornaments for this dance are the traditional Assamese ornaments consisting of a mix of silver and Kesa Sun (raw gold).

Once performed only by the Vaishnavite monks in the Sattras to endow their bhakti towards Lord Krishna, this culture demanded exploration. Late Rakheswar Saikia Barbayan of Kamalabari Sattra brought it out from the Sattras in the late 20th century. He understood that remaining in Sattras, this musical innovation by Shrimanta Shankardev and his chief disciple Madhavdeva would remain unknown by the rest of the world.

Thus, he broke the orthodox rules, for which he was bound to leave the Sattra. Hard work of Late Rakheswar Shaikia Barbayan paved way for this “musical unexplored world” to prosper from Sattra to stage. So today, unlike other classical dance forms the roots of which no longer exist, this dance form is practiced still today in the Vaishnavite form i.e Ankiya Nat and the other, which is independent creative form. 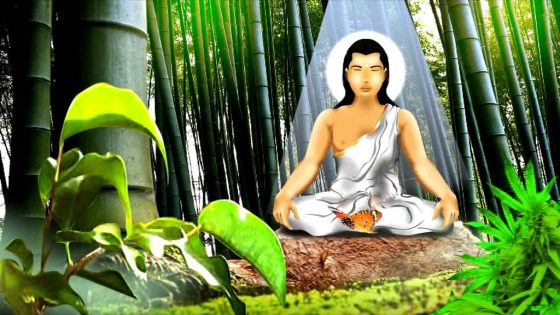 Although, Sattriya Nritya has gained immense popularity and recognition both in India and across the world, however, many areas of this great work of Shrimanta Shankardev and his disciples remain unexplored, thus leading to self-destruction. Shrimanta Shankardev had composed almost 240 bargeets, but only 34 remain today. Even one of his visual art, Sapta vaikuntha – part of the Cihna yatra production doesn’t exist anymore.

The Vrindavani Vastra – a 120 x 60 cubits cloth of Vrindavan that was commissioned by Koch king Naranarayana and was woven by 12 master weavers in Barpeta under the supervision of Shankardev over a period of six-month depicting the lilas of Lord Krishna at Vrindavan went missing. However, part of this work is now preserved in London now and no one knows how it went there. 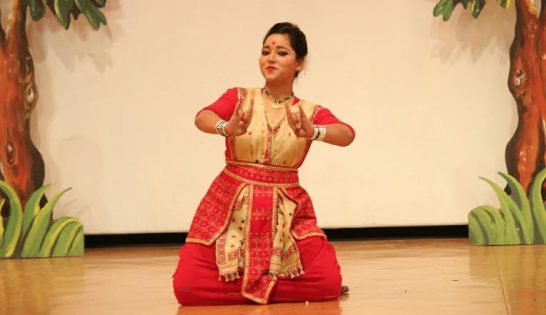 So, many unknown aspects of this dance form remains buried in the womb of history, which needs to be explored, exploited and re-innovated.