Love sipping tea? Know about the history of Indian Tea 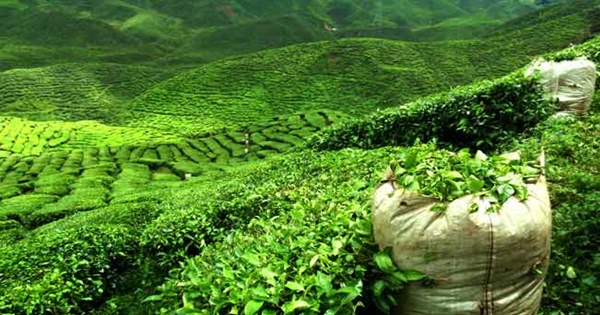 “Tea is a religion of the art of life” was quoted in “The Book of Tea” by Okakara Kakuzo (a Japanese scholar). After water it is the maximum consumed drink in India. A sip can rejuvenate ones energy level. But, have we ever wondered how it was first explored in India. Today India stands second in production business of tea all over the world.

With a sip let’s explore the history of Tea in India-Back in 1823 Robert Bruce (a merchant and soldier) first spotted these plants in Assam. He handed some of these plants to his brother C. A. Bruce who handed them to David Scott for specimen analysis at Botanical Garden, Calcutta. Analysis confirmed these to be tea plants and was hence christened as Camellia assamica (Masters) Wight– after the broad leaved ‘Assam’ plants. In 1837 thus the first garden was established at Chabua, Upper Assam followed by establishment of the Assam Tea Company in 1839 with headquarters in Nazira, Assam. This is the oldest commercial company of India and surprisingly functioning till date.

Unlike Assam tea (dark green, glossy and fairly wide) in Darjeeling and Nilgiri, the experimentation of tea plantation was done by bringing seeds from China. So the plants grown in these two places are basically the Camellia sinensis (L). O. Kuntze-the short leaved ‘China’ plants. Dr Christie, 1832 started growing tea plants in the Nilgiris and Arthur Campell (civil surgeon), 1841 in Darjeeling.

“Hey we ever wondered what pain it takes to get the tea leaves converted to the commercialized available leaves.” Processing of the tea leaves is a whole bunch of science developed by William McKercher in 1930 by the simple methods of Crush, Tear and Curl which are long tiring procedures. These procedures done once by hands have now been replaced by machines which have eased the works to great extent.

Assam tea is appreciated more as “breakfast teas” because of its strong bright colour and brisk malty flavor whereas Darjeeling variety is prized for its floral and fruity scent and is well known as ‘the champagne of Teas’. Nilgiri or Blue Mountain variety on the other hand describes itself with its dark intense aroma and flavour.

If you have to choose for Assam variety go for the, “tippy tea” which reminds me of Late Dr Bhupen Hazarika’s song ‘Ek kali do pattiya-one bud & two leaves’. This has sweeter test and are more full-bodied than that of the first flush. Assam Orthodox Tea has received recommendation for its superiority in taste worldwide. For Darjeeling variety Oolong is the all-time favourite which requires a delicate brewing that releases its aura of freshness into the brewing water and re-energises one’s body and soul with every sip of it. Orange Pekoe (O.P) is the most expensive Nilgiri variety that wins heart by its colour and flavour at international auctions.

Speaking so about the varieties of Tea in India we need to know the revolution by an Indian for independently starting a plantation. Back in 1841 Maniram Dutta Barma resigned from the Dewan post of Assam Company and started his own plantation. He owed two gardens and was christened as Maniram Dewan by the localities. But his revolution resulted in sacrificing of his life in 1858 when he was hanged for taking part in mutiny of 1857. From there on this industry of India has come a long way but the pain behind the “art of bringing the best tea to our cups requires a lot of hardships”.

The biggest research centre of tea in the world was started in Calcutta back in 1900 by the India Tea Association. In 1904, a laboratory was started at Heelea-kah Tea Estate near Mariani. In 1912, the laboratory was shifted to Tocklai (Jorhat) and was renamed as Tocklai Experimental Station, Jorhat, Assam. In 1964, this experimental station became the Tea Research Association (TRA) because it’s known that ‘Research is always required for constant progress in a particular area.’

So, while we ‘Rejuvenate our day with a Sip’ we need to know that the processing of fresh tea leaves to powder requires hardships which even proves itself eligible to be termed as the ‘National Drink’ of India.