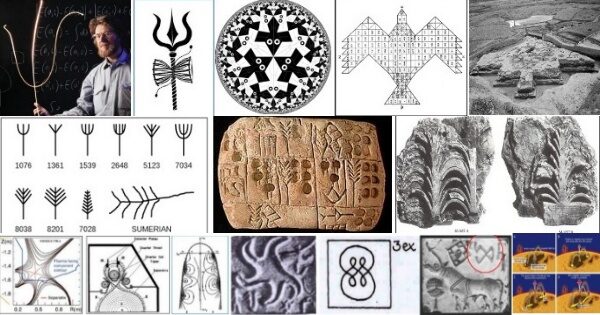 Excavations at the pre-Harappan era site of Mehrgarh in the Balochistan province of Pakistan put Indus Valley civilization around 7000 BCE. Besides, hundreds of rock carvings/paintings in Ratnagiri/Raipur areas in Maharashtra takes it even more back in time. That’s about 10,000 BCE. These paintings have figures similar to the ones in the Indus Valley seals found elsewhere.

Since the discovery of the ancient civilization in 1861, thousands of seals have been excavated and studied by several archeologists, and scholars. Alexander Cunningham, Iravatham Mahadevan, Asko Parpola among others have tried to decipher the language in the IVC seals. However, even after 160 years of research, the script remains undeciphered mainly due to the absence of a Rosetta stone with bilingual texts, extreme shortness of the inscriptions in the seals, and their shapes that have no similarities with any other known languages.

I have deciphered the Indus Valley seals after a deep research of several years. The seals have no language written in them. They are pictographs like the symbols used in electrical and hydraulic circuits. They are like icons.

According to my observation, the Indus Valley seals contain pictographic symbols that are astonishingly similar to modern day scientific symbols used in Nuclear science and Astrophysics. The seals faithfully convey the scientific concepts from the Vedas, that is about Cosmology and Particle Physics!

Further to my observation, I have found the unmistakable and remarkable similarities between the science of Nuclear Fusion in stars and in the hymns of Rig Veda. My claim in connecting modern science, the Vedas, and the IVC seals is hereby described in images, showing the astounding similarities. 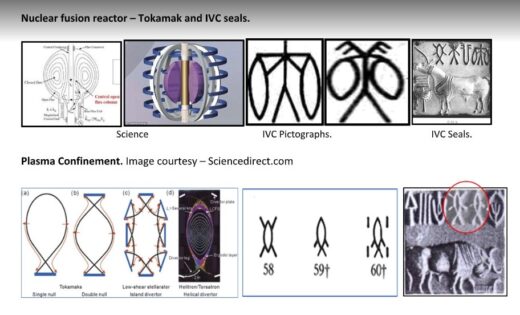 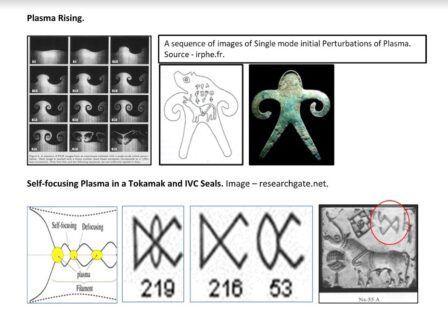 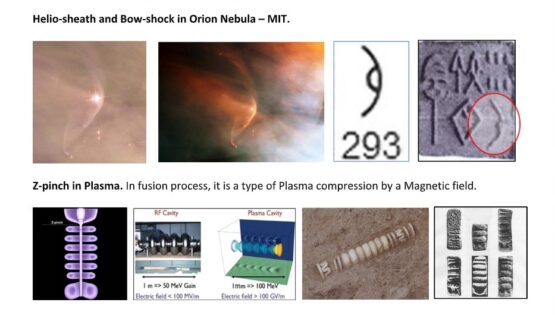 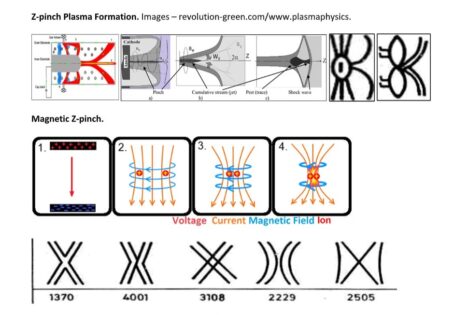 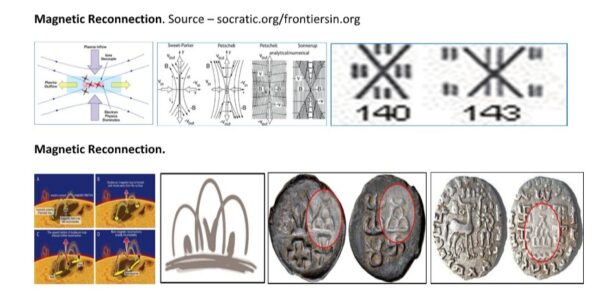 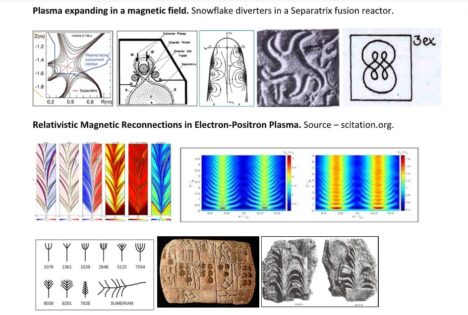 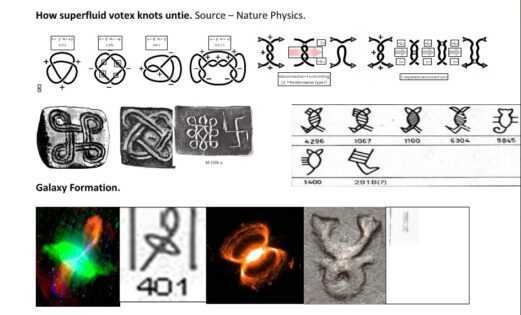 What exactly is a hyperbolic plane? It’s a surface in which the space itself expands.

Unlike on a sphere, on a hyperbolic plane, the circumference of the circles doesn’t just increase linearly, but exponentially. Similarly, the area also increases, and at a much faster rate. A normal soccer ball is spherical and is made up of hexagons and pentagons. Each five-sided pentagon, is surrounded by six sided hexagons. If you just stuck together a lot of hexagons, you’d get a plane, but in the soccer ball the pentagons pull the hexagons away from flatness and the surface closes up on itself to form a sphere. To make a hyperbolic surface you replace the pentagons with heptagons, which have seven sides. Now you have to put in seven hexagons for every five you had before, so instead of closing up, the surface opens out and spirals away from itself.

“Seven were its enclosures (Paridhi), three times seven were made fire logs (Samidha)” – Rig Veda 10.90.15. Were the Rishis talking about the infinite space made by triangles and heptagons!

To conclude, I have only revealed the tip of the iceberg in this brief write-up on Indus Valley seals. I would only be glad to tell the complete scientific knowledge in the Vedas which will help scientific community in achieving perfect Nuclear Fusion.

Krishna Iyer is a mechanical engineer and an independent researcher on Astrophysics and Particle Physics in the Vedas.