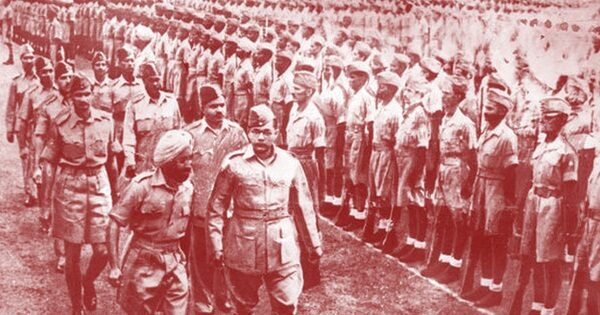 Major General GD Bakshi in an interview with Team MyIndiaMyglory talked about his deliberation of the high powered committee chaired by dignitaries, Netaji fans and organizations, and concerned ministry recently.

To quote Maj Gen GD Bakshi, “We have recommended the following in chronolohical order:

2. Holding of an international seminar and light and sound show including an exhibition on Netaji and INA.

3. On 26th January we should give Padma Vibhushan to Thakuri and Padma Bhushan to all surviving INA veterans.

4. 17th of February is the establishment day of Azad Hind. We have asked to release the history documents on INA written on the behalf of Ministry of defence by Prime Minister Or Home minister and Band display on the Marching tunes of INA at Vigyan Bhawan.

5. On the 14th April is Moirang day. We shall be at Moirang to celebrate and create a War Memorial at this site and start a major expedition wherein which some INA veterans and research scholars can go to the battlefields in Imphal, Kohima, Irawaddy, Mt-Popa Burma, Rangoon, Saiwon and in the end to Singapore and the War Memorial of INA.

6. On the Oct raising day of Rani Jhansi Regiment, we have proposed the NCC girls and girls all around Bharat to commenrate his works for the empowerment of women.

We are requesting PM to come to Red Fort and unfurl the flag with INA veterans as he did in 2019. There should be international seminar on Netaji’s and INA’s contribution to freedom, organised in Delhi. A film festival should be organised to showcase the films and documentary on Netaji and INA not only in Delhi but in Kolkata, Bengaluru, Mumbai,  Chennai, and across India. Netaji isn’t the leader only from Bengal but he is the leader of all of Bharat and a leader of International stature.

8. On 30th December programs should be organized at Andaman and Nicobar as it has been done every year.”

Ram Singh Thakuri was the composer and director of the patriotic songs ‘Kadam kadam badhaye ja’ and ‘Subh sukh chain’ which have inspired and instilled Nationalism and the feeling of love for one’s own country. Thakuri joined INA after being sent to Japan after the fall of Singapore. He joined after he met Subhas Chandra Bose.

Secret reports/letters of Gen Auchinleck (Head of British Army in India), V Wavell (Viceroy), Pethick-Lawrence (Secy of State in British govt for India) reveal that it was Netaji and the INA including the Royal navy Mutinee that forced the British to leave India, rather suddenly after ensuring that the country was partitioned.

In an earlier interview with MyIndiaMyGlory, Maj Gen GD Bakshi said thus, “A succession of court historians have tried to craft a narrative that India had obtained her freedom entirely by the soft power of ahimsa (non-violence) and Satyagraha; and that hard power had no role to play whatsoever. This is a huge sacrilege. As per the INA’s official history, the force had a total strength of 60,000. Of these, 26,000 were killed in action. Was that non-violence?

The pity is that the Nehruvian dispensation treated these men as traitors. There is no memorial for the 26,000 martyrs. The INA veterans were not taken back into the Army (on Mountbatten’s advice) and denied their war time pensions. Any nation that seeks to gloss over the martyrdom of 26,000 of its soldiers erodes the very basis of its nationhood.

The problem arose from the Nehruvian dispensation’s quest for political legitimacy. It claimed that its non-violent struggle alone had liberated India from the colonial yoke and as such, that gave it the right to rule. This was a deliberate distortion of History to downplay the role of violence and completely bury the role of Bose and the INA. In denying this obvious legacy of force and violence, the Nehruvian dispensation went to inordinate lengths to underline the relevance of its ideology of pacifism and non-violence.”

Ashutosh Behera is a lawyer and social activist. Passionate about uplifting and safeguarding Rashtra, Dharma, Culture and Civilization.