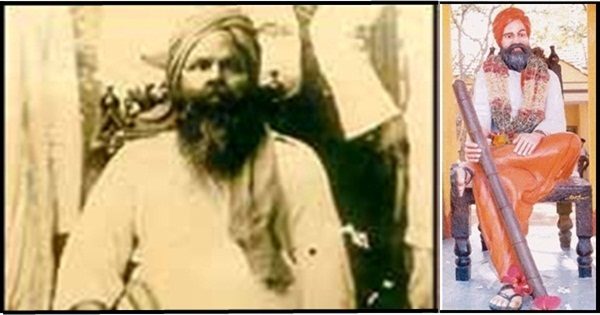 Have you heard about freedom fighter, poet, and author Subramaniya Siva from Madurai? He followed the ideals of Bal Gangadhar Tilak and was a devotee of Swami Vivekananda and Sri Ramakrishna Paramahamsa. He opposed the Ahimsa ideology of Mohandas Karamchand Gandhi. He believed that only violence could counteract violence and that only an armed revolt would drive away the British from India. He was an author of over 30 books on topics ranging from religion, spirituality, philosophy to yog, ethics, freedom struggle, and short biographies of great men.

Subramanya Siva was born on 4th October 1884 to Nagalakshmi Ammal and Rajam Iyer at Batlagundu near Dindigul in the erstwhile Madurai district of Madras presidency. Ever since his childhood, Siva developed passion and love for the motherland and hated the British. He once attended a speech of Sri Thahurkhan of Arya Samaj in Trivandrum in the year 1906. This speech motivated Siva a lot and he joined the armed struggle for Independence.

Siva wanted more Bharatiyas to join the freedom struggle. Hence he established an organization called ‘Dharma Paribalana Samaj’ in Trivandrum in the year 1907. Through this platform, he delivered motivational speeches, inspiring the youth to fight against the British. He was then aged only 23 years. For this act, the British arrested and imprisoned Siva. It was the year 1908. He was then 24 years old.

The young freedom fighter was an avid reader. Tamil poet and philosopher Thiruvalluvar’s (also known as Valluvar) Thirukkuṛaḷ – a collection of couplets on ethics, political/economical matters, and love greatly inspired him. Today a 133-foot tall statue of Thiruvalluvar (unveiled in 2000) adorns the southern tip of India at Kanyakumari where the the Indian Ocean, Arabian Sea, and the Bay of Bengal converge. When Subramanya Siva was asked to defend himself at the witness box after his arrest by British, he quoted lines from Thiruvalluvar’s Thirukkuṛaḷ as described in the English translation of Vitutalaipporil Tamil Valarnta Varalaru featured in tamilnation.org while boldly describing facts against British tyranny:

“Many laws were passed granting more privileges and rights to the Whites who came here to earn a living than to those children of the soil who were born and bred up in this land. The life and blood of our people were sucked by the foreigners with the help of all kinds of taxes. Famine and cruel diseases and internal disorders made their permanent abode in this country.

“All these inhuman and dictatorial activities joined together and made people realise the irresponsible cruelties of the Government and the need for its change. It was natural that people developed that kind of feeling.

“Thiruvalluvar, the great wise man, has said that a man of justice will labour hard only to drive out injustice and to establish Dharma (justice) in its place. This idea finds a place in the following prose rendering of two verses of his:

“That ruler who, or the sake of money, does unjust things and thus tortures his subjects is a more cruel man than a person who kills another on account of hatred.

“That ruler who puts his subjects to a lot of pain for the sake of money is equal to a thief who threatens to kill a traveller with a spear and takes his money from him”.

Every man of justice, therefore, will labour hard to remove injustice and establish the rule of law in its place. In the same way the people of India are labouring hard to put an end to foreign rule and to form their own government.”

While in the witness box, Subramanya Siva did not hesitate to expose the British and show their true colors.  He described the British Government as ‘tyrannical’. Angered, the judge, after listening to his oration like defence at the witness box, subjected him to 10 years of rigorous imprisonment.

Subramanya Siva ran a journal called Gnanabanu where he expressed his views against the British and criticized all who supported British. He was lodged in different jails between 1908 and 1922 four times for his revolutionary activities and writings. He was subjected to hard labor the whole day. The room he was lodged in was cramped, had no lights. After several months he somehow managed to persuade the prison officer for facilitating his writing. And he wrote many books, short stories, dramas, poetry in jail. 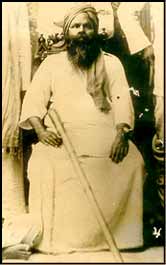 Centuries of foreign aggression affected few natives to deviate away from their roots while many stuck to their beliefs and traditions. Subramaniya Siva, during his times, witnessed many educated fellow Bharatiyas hardly having any admiration for their mother tongue Tamil.  Besides raising his voice against British supremacy, Subramaniya Siva worked hard towards infusing passion in the Tamils to love their mother tongue. He himself was well versed in Sanskrit and more Indian languages. But according to him, not learning, speaking, or writing in the home language, i.e. mother tongue, one wouldn’t do justice towards learning the other languages. To him, giving up the mother tongue was equivalent to committing suicide and a crime. He wrote in Gnanabanu in September 2019:

“The life of a country is to be found in its language. Those who give up their mother tongue can be said to be committing suicide because of foolishness or of madness. If committing suicide is a crime against the state, he who begins to kill himself and his society by neglecting his state language is a person who commits crimes a thousand fold. Though the law of the country does not include these murderers in the list of criminals, they are culprits according to the laws of creation followed by that All-Powerful Deity who rules over the whole universe as the sole Empress.”

The above context doesn’t mean that Subramaniya Siva advocated learning of only Tamil language. As aforementioned, he had a command of several languages including the ancient language Sanskrit. He had respect for all the languages of the country and deemed the whole of Bharat as his mother. He revered Bharat Mata as the Mother Goddess and tried building a temple dedicated to Her at Papparapatti in present Dharmapuri district of Tamil Nadu. According to him, loving ones mother tongue doesn’t affect ones love for the motherland, for Bharat. By speaking and writing in mother tongue, natives would only protect their language. Subramaniya Siva also revered his mother tongue Tamil as Mother.

Freedom fighter, author and politician MP Sivagnanam describes in detail about Subramaniya Siva in his book Vitutalaipporil Tamil Valarnta Varalaru translated to English as History of Development of Tamil in the Freedom Struggle by K.Chellappan, a leading advocate of comparative literary theory. Subramaniya Siva’s love for his mother tongue Tamil is further well described by Prof Karthigesu Sivathamby, a Sri Lankan Tamil literary historian, author and academic, in the journal Social Scientist.

Due to his years of life in jail, his family lived in utter poverty. When his wife came to visit him in tattered clothes in jail, he said that he had no gold or silver to give her but only a book that contained spiritual wisdom – of what he learnt from his Guru and what he experienced in life, which he wrote. He gave her the manuscript – the only possession he had then.

1. Sachithanandha Sivam, a religious book he wrote while in Central Jail, Salem

4. The life and teachings of Ramakrishna Paramahamsa

5. The life of Vivekanandha

Subramaniya Siva was afflicted by leprosy in prison after which he was shifted to Salem jail. The British were so harsh that he wasn’t transferred to the other jail via train or any vehicle. Siva was made to walk barefoot; he already had sores on his feet. During this period, he stayed in hunger for several days and slept in the open beside canals and on the roadside. He succumbed to the disease on 23 July 1925 at age 41.

It is very unfortunate that I have never read about him in my history textbook. I bet except in Tamil Nadu, many haven’t ever heard about him too. Naman to this great son of the soil. Vande Mataram. Jai Hind.