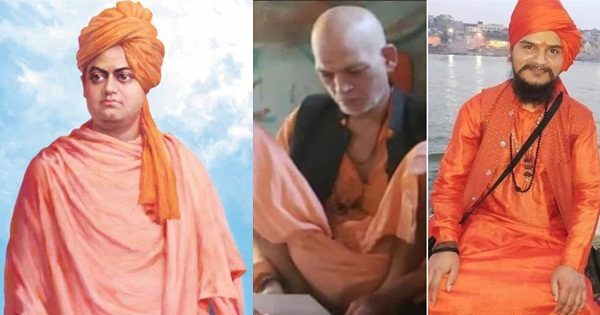 “He wears a mask, and his face grows to fit it.” –George Orwell, Shooting an Elephant.

‘Intolerance’ has been the new hot word rediscovered since Narendra Modi came to power. The idea of India and tolerance became antithesis. A tale was created, fueled and structured by a group within media, that minorities in India is on the brink of extinction, and the narrative shared on social media. The fire of intolerance gained momentum when celebrities (no need to name) came together and voiced their concern, that India is no more a safe place for minorities and there is an emerging atmosphere filled with the toxicity of religious intolerance, cultural intolerance. ‘Intolerance’ became more evident when self-proclaimed cow vigilantes beaten to death a 60-year-old man who ran a meat shop in Rajasthan. The situation became precarious with the 2017 Alwar mob lynching, where a dairy farmer named Pehlu Khan from Nuh District of Haryana was allegedly attacked and killed by a group of 200 cow vigilantes. The incident occurred on the 1st of April.

To be honest, I really condemn every such attack which is a blow upon the concept and spirit of humanity, and will condemn it till my last breath. The lynchings supported by other alleged incidents of religious intolerance led to the re-discovery of another term, which was saved as ‘Brahmaastra’ for the later date, ‘Secularism’. A particular wing of media who were waiting for such definite incidents to happen, pounded upon them, and in no time claimed and reclaimed that India is no more a “secular” state, and the constitution is in grave danger. The constitutional parody still rules the roost.

At the onset, I must clarify that I am not writing this article to come out with the history of such events where communities on the name of religion has ashamed humanity, because then the debate will begin who started it first, or who is the one who sow the seeds of hatred. The article is about the selective hue and cry of a particular wing of media while reporting hate crimes or crimes of passion regarding communities. The article is to connect the incident of Palghar, and the mysterious silence of a wing of media regarding the same, as if intentionally ‘playing down’ the incidence.

‘Sanatani’ is the original name of what is popularly called ‘Hinduism’ or ‘Hindu Dharma’. This is clear by the term itself. ‘Sanatana’ is a Sanskrit word that denotes that which is anadi, (with no beginning), anantha (endless) and does not cease to be, that which is eternal and everlasting, Thus the term ‘Sanatana Dharma’ can be roughly translated to mean ‘the natural, ancient and eternal way’.

Now, many of you reading this article will have a question in your minds, how something can be without a beginning and an end. Well, to answer this question, please allow me to quote Swami Vivekananda.

Swami Vivekananda read the “Paper on Hinduism” at the Parliament of Religion on 18th September, 1893. The following excerpt is from the paper:

“The Hindus have received their religion through revelation, the Vedas. They hold that the Vedas are without beginning and without end. It may sound ludicrous to this audience, how a book can be without beginning or end. But by the Vedas no books are meant. They mean the accumulated treasury of spiritual laws discovered by different persons in different times. Just as the law of gravitation existed before its discovery, and would exist if all humanity forgot it, so is it with the laws that govern the spiritual world. The moral, ethical, and spiritual relations between soul and soul and between individual spirits and the Father of all spirits, were there before their discovery, and would remain even if we forgot them.

The discoverers of these laws are called Rishis, and we honour them as perfected beings. I am glad to tell this audience that some of the very greatest of them were women. Here it may be said that these laws as laws may be without end, but they must have had a beginning. The Vedas teach us that creation is without beginning or end. Science is said to have proved that the sum total of cosmic energy is always the same. Then, if there was a time when nothing existed, where was all this manifested energy? Some say it was in a potential form in God. In that case God is sometimes potential and sometimes kinetic, which would make Him mutable. Everything mutable is a compound, and everything compound must undergo that change which is called destruction. So God would die, which is absurd. Therefore there never was a time when there was no creation.

If I may be allowed to use a simile, creation and creator are two lines, without beginning and without end, running parallel to each other. God is the ever active providence, by whose power systems after systems are being evolved out of chaos, made to run for a time and again destroyed. This is what the Brâhmin boy repeats every day: “The sun and the moon, the Lord created like the suns and moons of previous cycles.” And this agrees with modern science.”

In the discourse of Vivekananda, the ‘Rishis’ held a high and esteemed place. They have been claimed by him to be the discoverer of laws.

Since the independence of India, there has been an attempt to smother the ancient culture and all its branches of knowledge by a group/wing/circle of self-proclaimed intellectuals and academicians funded by the western evangelists and philanthropists who never wanted in their day dreams that such knowledge should be made public. There has been innumerous incidents, when and where ancient scriptures has been denounced as irrational, unscientific, etc. There has always been an attempt to debunk the secret stored in such ancient scriptures, and a hard attempt to prove everything western.

Even a few decades back there was a hard earnings attempt to prove that “Harappan Civilization” was an offshoot of Aryan Culture. The question remains, why? Why the works of Baudhayana, Brahmagupta, Bhaskaracharya, Kanad, Sushruta and many more has never been made part of our curriculum. Why this selective trading in education? The answer is our credible academicians never thought it wise to incorporate their treatises in the curriculum, because they never graduated from Kings College, or may be the falling of an apple may have had not inspired them to propose their treatises, but yes there has and still is a selective trading regarding the works of such intellectual giants.

The hatred towards the ancient scriptures and culture reached new levels with every passing decade. On 14th November 2019, a statute of Swami Vivekananda was vandalized inside the JNU campus. This hate shifted its base from scriptures to human beings, and the monks who symbolizes the ‘Sanatani Culture’ became the new target in the past decades.

A sadhu was killed in a similar fashion in Mathura in 2018.

In August 2019 a noted Vedanta scholar and a sadhu was brutally murdered at his home in Puducherry.

On 31 August, 2018, the body of a temple priest was found with throat slit and dumped in the fields in Uttar Pradesh’s Pilibhit district.

There are many incidents of such nature which has happened in the last few years, but as strange it may seem, you would hear nothing about such hate crimes much in the media, especially those media outfits and journalists who self-claimed themselves to be the flag bearers of Secularism, tolerance, and religious sanctity.

On 16th April 2020, two Sadhus belonging to the Juna Akhara, Chikne Maharaj Kalpavrukshagiri (70 years old) and Sushilgiri Maharaj (35 years old) along with their 30-year-old driver Nilesh Telgade was attacked and killed by a vigilante group.

I am sure of one thing, that if this incident by any chance involved a priest from any minority community of India, there would have been a hue and cry made of the same. Modi effigies, would have been burned, questions asked about the secular character of India. Celebrities – from comedians and actors, who become constitutional experts on certain occasions, would have given commentaries on the word ‘secular’ and its connotations. Big media houses with ideological journalists at the forefront may have successfully made debate headlines with soared TRPs, but all of this missing. I believe only one channel had the audacity to cite the truth, but the owner was attacked.

Why is the silence? Because it is not in the agenda, it does not serve their purpose and suit their narrative? May be according to few of them, this shouldn’t have been reported at the first place in the media and now that it has been reported, it is more than a sufficient deed.

This is one of such incidents which shows their real faces removing their masks of intellectual taskmasters. A time has come for all of us to understand this narrative from a rational perspective, otherwise we will always be puppets in the hands of those who wants us to remain fools.

“All the powers in the universe are already ours. It is we who have put our hands before our eyes and cry that it is dark.” – Swami Vivekananda.