Falsification of History – An Epidemic in the West 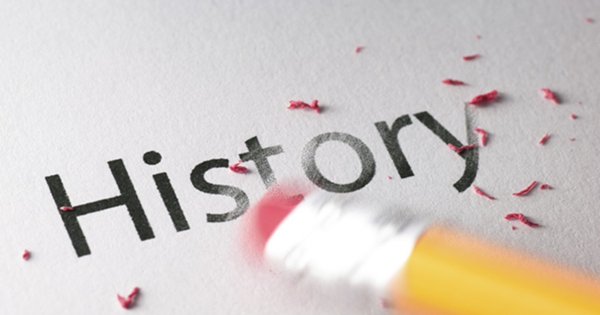 For the highly benighted corrupt scholars and historians ‘History Falsification’ is an inseparable trend and the only way to fictionalize the national premiership for proving the global self-worth in a dark chimera of rib-tickling history. History Falsification is a massive epidemic outspread among Firang nations where the merit of a culture depends upon the enormous text it produces and advertizes. This epidemic text ranges from hyperbole propaganda claims to enormous falsification based on mental chauvinism fantasy.

In order to avoid any doubt among common people, nescient universities are made to produce the targeted text through new vocabulary to suppress any suspicion regarding the fake text. As an instance, if an English word is directly derived from Sanskrit, the lowbrow primitive historians would go on howling that the word is originated from Greek term, which in turn is the outcome of an Indo-European language. It is really funny because Russians very well know that Greek alphabets are modeled out of Russian alphabets and Indians clearly know that Indo-European languages refer to fake family of languages that are spoken only in the dreams of corrupt historians. Similarly the fake, fraudulent and skulduggery Wikipedia feel honored in renaming Ram Setu to some Adam’s Bridge.

By continuing to produce such fake texts and researches through self-advertized and anti-intellectual universities and giving vague, unjust and illogical arguments for authentication of such crap disinformation and fakery, these corrupt historians, scholars and universities are casting great embarrassment to themselves and their nations every coming day similar to a nation like Pakistan.

The main aim of such falsifications and fabrications is to project Firang nations as the only superpower in a comically bragged history altogether. Remember, how a fake magazine in America discredited Abhinandan Varthaman’s role in downing F16 but failed terribly. Also, the incident of an American man being overnight declared as email inventor post his death turned out to be the biggest propaganda scam against the original email inventor of Indian origin Dr. Shiva Ayyadurai. Roy Tomlinson’s shameless projection to be the email inventor post his death is a proof of the massive epidemic outspread of ‘History falsification culture’ in the Firang land.

The Bharatiya history is like an innocent child who never feels egoistic about his own good character but unfortunately his good character becomes a roadblock for his rival competitors where they feel insecure and turn into cry babies. Now such cry babies have nothing to do, except for scripting fictional stories to malign his innocent character in the eyes of others. This is exactly the scene of Bharat where its royal history becomes a problem for almost everyone. Justifying the Great Grand Bharatiya history to any outsider is like “भैंस  के  आगे  बीन  बजाना”.

All the self-aggrandizing news media and sites openly advertize fake information in an effort to smear the rival nations.

An article written by Jim Macgregor and Gerry Docherty exposed the real face of Oxford University with its major involvement in faking and falsifying history and news through low-grade corrupt scholars who are claimed as eminent. Climate Change Dispatch website identified Oxford University for spreading fake news and information about geology through its fallacious books.

Faking history is not a new topic for Firangis, they have been practicing the religion of Faking history since 16th century where Christian historians were the first to fake Greek history to politically control the people of their land.

In this era of an epidemic outspread of fake news and information, one needs to be very alert regarding the sources he/she relies on. For a nation with a long glorious history like Bharat, it becomes more necessary to avoid referring to any Western or Middle Eastern sources as these places are highly infected with the epidemic of history falsification culture.

Renu Kumari is fond of busting fake news and research publications and works as a global team member working against disinformation across premium organisations and institutions.