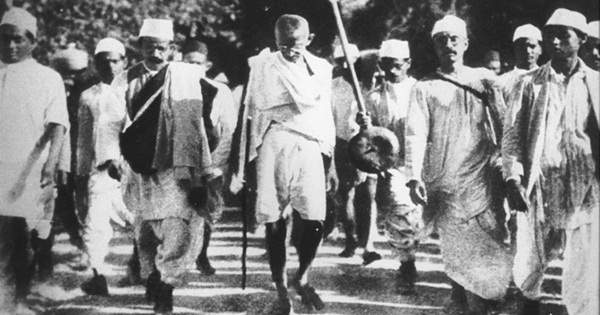 Following the assassination of M. K. Gandhi by Nathuram Godse, with Narayan Apte, who were Maharashtrian Brahmins, Brahmin localities of Pune and Satara saw a massacre, orchestrated by Indian National Congress, along with other Brahmin-hating groups.

Brahmins were killed and their women were raped. Shops and houses were set on fire, livelihoods destroyed, and many Brahmins were forced to flee, to save their lives and future generations.

‘It’s written in “City, countryside and society in Maharashtra states” that in Aundh state alone the barbarity spanned across 300 districts in all thirteen thalukas. Maureen Patterson concluded that destruction was more cataclysmic in Satara, Kohalpur. The properties of Veer Savarkar were also swindled and torched by the perpetrators. Dr. Narayana Rao Savarkar was stoned to death.’

Narayana Savarkar, brother of Veer Savarkar and his family were pelted with stones, as they tried to escape from their residence. He was gravely injured and eventually succumbed to his injuries on 19 Oct, 1949.

Estimates were that 8000 Brahmins were killed, with no record or estimate of how many were forced to flee.

“Angry mobs pillaged, burnt and looted the homes of hundreds of innocent Brahmin families, and many people were killed. All on the baseless assumption that all Brahmins were complicit in the assassination of the Father of the Nation.”

Every aspect of this genocide points to it being a premeditated crime, targeting a religious community, namely, Maharashtrian Brahmins, who were known for being staunch Hindu nationalists. For mobs of hundreds to suddenly attack Brahmins within such a short period of time would require great ingenuity and extraordinary means of communication, technologically not available at that period. These were not “riots” as often labelled, but a planned genocide, because it was spread over the entire geography of Maharashtra, not just one mohalla or city, using arson, which is not lying around in everyone’s backyard every day. The “mobs” attacking Brahmins knew who they were, where they lived, and had the means to attack them.

“My family stands as a proof.
My grandfather was among the richest merchant in Pune and was having 3 cloth stores then which were gutted in selective killing and property burning incidence.
The family was instantaneously reduced to poverty and we had to sell-off all the properties to reduce the trading-credits. The family recovered out of the losses only by late 70’s.”

This is one of the genocides for which little information exists, once again, by design. It is otherwise impossible that a targeted massacre of a religious community is neither known, nor documented anywhere properly, except for first hand accounts of those who suffered, and individuals who documented the massacre at the time of its occurrence. There is every reason to believe that all evidence of this genocide was destroyed, along with images and news clips.

This article was first published at hindugenocide.com.

1. “1948 – Brahmin genocides of Maharashtra — The gruesome episode blotted out of Indian history in the aftermath of untimely assassination of Gandhi.” by R. Sooraj Kumar

3. Was there a Brahmin massacre (5000+ killed) in India after godse killed Gandhi?

Arti Agarwal is founder of Quiller and Director of Ishittva, an NPO to revive, reclaim and re-establish Hinduism. An IIT alumnus, she is a Content Marketer, Writer, and Photographer.