How and when Lakhnawati became Lucknow? An Interesting Account of the Original Name 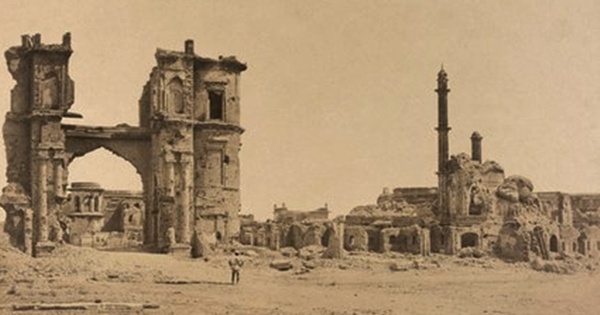 While we have witnessed change of city names to the originals in the case of big cities where Cong-Communist rule was uprooted and the local govt.’s took pride in changing the names of those cities to their originals, there may be a debate on the intentions behind the change of names but certainly it helped gain pride in the public and a chance to connect to our past.

I sometimes wondered about the names and spellings of Kanpur and Lucknow and what could be the reason for such names and spellings. But I did not have much resources to find out the reason. Recently I came to know about Yogi Govt.’s efforts to change the name of Allahabad, to Prayagraj. It again made me curious about Lucknow being the capital of Awadh. Knowing from the news that Prayagraj was renamed to Allahabad by Akbar I was not very convinced so started backtracking.

In fact Akbar gave it the name Ilahibaad, which remained Ilahbad in public memory while his descendants changed the name to Allahabad. Akbar had promulgated a new religion called Deen–E–Ilahi and it was fitting for him to change the name of most sacred of Hindu Cities to rename after his new born religion. Later on more and more fanatic descendants took charge of the affairs and changed the name to Allahabad which quite suited to English and the Gandhi Nehru led Congress.

Let us come back to the original point how Lakhnawati became Lucknow. The oldest mention I could find was of about 1193 A.D. However on the net one will only find the confusing theories about naming this city and how it changed, right from associating the city name with Goddess Lakshmi to Dalit Leaders. But there is no historical proof provided nor discussed, which very well served the agenda of keeping the public aloof from the truth.

As far as I could find the information the earliest record by the Historian Minha–I– Saraj in his book Tabakat-I-Nasiri, (Page 573 onwards) the city Lakhnawati was a prosperous city and Sultan Muizz-Ud-Din had the conquest over this city in the year 1193 A.D. when Kutb-Ud-Din Ebak was still a slave,

After Kutb-Ud_Din became the Sultan he  assigned the charge of the city and its surrounding area to Ali-I- Mardan, in 1227 A.D.,

From the records it appears that before that Lakhnawati was independent and was ruled by the local rulers, however in the absence of records of Orignal Rulers, which must have been destroyed by the invading armies, it is difficult to know the Dynasty of the rulers, but it is traceable and maybe we will find some information in the near future. 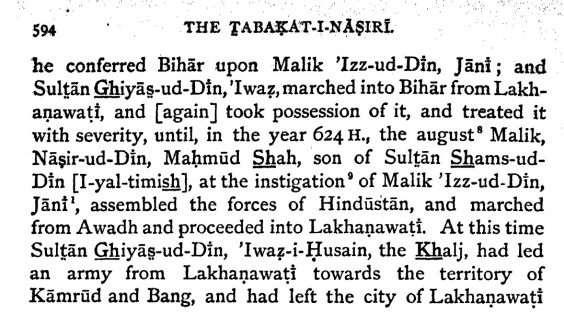 It is also very interesting to note here that how Ayodhya became Awadh territory and slowly due to the mistakes of English historians Lakhnawati, Lakhnor and Lakahnouti got mixed up and addressed at part of Banglah and started to identify Lakhnawati as part of Gour Pradesh , which completely lost the identity of Lakhnawati to present day Lucknow. This suited very well to those who had readymade certificates at their hand to declare Lucknow the creation of Nawabs and Khilijis.

Shri P. N. Oak in his research clearly established the fact that Imambada’s of Lucknow are all Hindu buildings but all to the deaf years of Historians and Archaeologists, who were out to sing the tune of their masters in creating the false history. 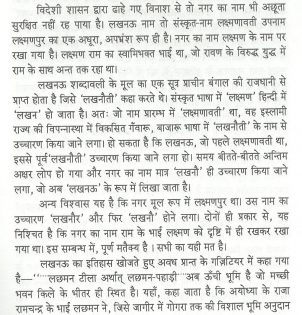 Shri P. N. Oak has established many facts about the buildings and architecture of the city , which clearly proves the origin of the city to an ancient Royalty.

So we can conclusively say that Lakhnawati was very much a prosperous city before the invaders came in, but unfortunately on all the Govt. Sponsored website there is no mention of this fact but it is made to appear that there is a conflict of name, it was under Sultanate of Awadh and so and so Mughal ruled it. What is worth exploring is what was there in this city which tempted Invaders to conquer it? When was it established, who established, what is the historical importance of this city for the Indians (of Indian lineage)?

We keep on surrendering to the False History created for the benefit of few at the cost of our own illustrious History which will enlighten us, will poke us, will make us realise our past and cost of mistakes of not knowing our true past.

Protected: How an Unknown Hindu Yogi Shot Dead a British Captain in Front of British Army in 1857!