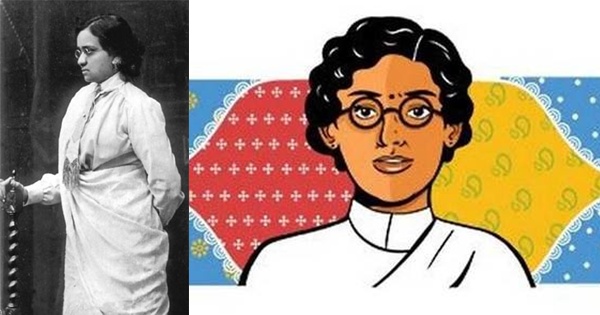 Anasuya Sarabhai! Anyone unfamiliar with her identity will certainly google about the details of the legendary trade union leader of India. Thanks to Google honoring her with a doodle on her 132nd birth anniversary.

Anasuya Sarabhai pioneered the women’s labour movement in India. She worked for the betterment of women and the poor. In 1920, she founded the Ahmedabad Textile Labour Association (Majdoor Mahajan Sangh). This body is India’s oldest union of textile workers.

She was born with the silver spoon in her mouth on 11 November 1885 in Ahmedabad into a religious family of pharmaceutical industrialists. But destiny had other plans for her. She was orphaned at 9 after which she along with her two siblings, a brother and a sister, shifted base to their uncle’s residence. Her uncle married her off at 13 only to be divorced within a short span of time. She returned home. The tough circumstances that she faced did not deter her spirits to move forward in life.

In the year 1912, Anasuya Sarabhai went to England for her higher studies. She aimed to be in the medical profession. But she dropped her idea to attain a medical degree when she realized that she should be involved in animal dissection. This was against her Jain beliefs. Hence, she changed her career plans, taking admission in the London School of Economics.

During her studies in England, she came in contact with Fabianists like George Bernard Shaw and Sydney Webb. Fabianists did not approve the revolutionary doctrines of Marxism. They recommended a gradual transition to a socialist society. Anasuya Sarabhai was greatly inspired and influenced by their ideologies. And it was then that she decided to serve the cause of social equality in India. Once she completed her studies and returned to India, she full fledgedly started working for the betterment of women and the poor in Ahmedabad.

Anasuya Sarabhai opened a school for poor students of all castes. She also opened crèches and toilets for women. People started calling her affectionately as ‘Motaben’, which means ‘elder sister’ in Gujarati. An incident led her to plunge into labor movement on behalf of women mill workers. She happened to come across a group of exhausted 15 women mill workers. Enquiring them, she came to know that they worked for 36 hours at a stretch without break. Their condition and plight disturbed her a lot. It was mere slavery not work! And then she took up the cause of the women mill workers.

Condition of the mill workers worsened when epidemic hit Ahmedabad in 1914. Taking a stand, she gave an ultimatum to the mill owners, demanding a 35% hike for the Ahmedabad weavers. Thousands of workers joined her in the protest and that was how the foundations of India’s oldest union of textile workers – Ahmedabad Textile Labour Association was laid. She even went against her brother, Ambalal, who was then the president of the Mill Owners’ Association. Mill owners acceded to her demand for a 35% wage hike and a better working ambience of the labourers. In the future, Anasuya Sarabhai ensured that a harmonius relationship is maintained between the mill owners and the union.