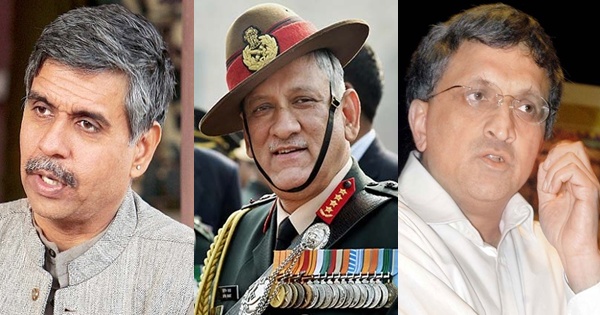 Recently, Army Chief General Bipin Rawat recommended late Field Marshal Kodandera Madappa Cariappa, who was the first Indian commander-in-chief (C-in-C) of the Indian Army, for Bharat Ratna. There was criticism against the Army chief on this issue. Responding to what General Bipin Rawat said, Ramachandra Guha, a historian and writer whose research interests include environmental, social, political and cricket history, criticized the Army Chief in an article titled, “General speaks too much”. He wrote, “An army chief has no business publicly recommending one of his predecessors for the Bharat Ratna. He should not be doing it at any time, let alone a few months before a crucial state election in Karnataka.”

Guha even went to the extent of writing, “frequency and manner of his (Army Chief Bipin Rawat) public utterances have damaged the credibility of his office and of the Indian Army itself”, unleashing a vicious attack on the Army Chief.

In this context, Maj Gen. GD Bakshi, wrote on Facebook, “There is a systematic attempt to undermine some of the most respected institutions of this country. A prime target is the Army because it stands in the way of attempts to break it. Dixit called the army chief a ‘sadak ka gunda’. Now Ramachandra Guha has lampooned Fd Mshl Carriappa and advised the present Chief to keep his mouth shut because Chiefs must neither be seen nor heard.”

“The Chiefs are not faceless bureaucrats. They have to inspire their men in combat to lay down their lives. Hence he must be seen by his men. He can’t be with every unit. Hence the media projects him. Did you see the media profile of service chiefs during the 1965 and 1971 wars when everybody’s backside was on fire? I heard no one complained then about Gen J N Choudhury’s high media profile or Sam Manekshaw’s.”

“Come to the present instance. The Army Chief had been invited to unveil the Fd mshls statue in Coorg. It was not a suo motto statement. He expressed an opinion which the whole country endorses. Try an opinion poll. Besides the Congress sycophants, courtiers and court historians are highly upset that the present NDA govt. has democratized the nomination process for National awards. I hope people know that today any one can go on line and nominate any Indian for a national honor. So, why not the Army Chief???”

They are our protectors at the border. We, the protected, lead carefree lives according to our whims and caprices. While they sacrifice their lives for us, we act as silent spectators. While they put their lives at stake defending us against Naxalites and terrorists, we enjoy our freedom amid friends and families. The way the Army is treated by a bunch of people with vested interests – is it justified?