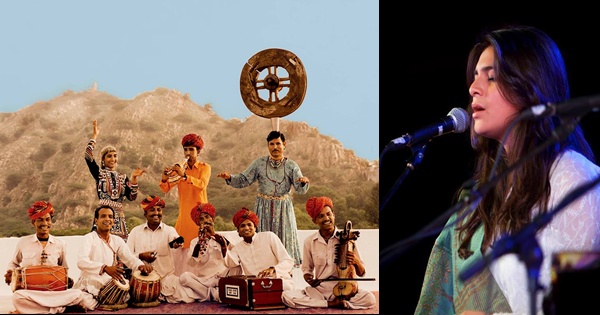 India is a treasure trove of a rich cultural heritage. From the pre-Vedic to the Harappan, from the medieval to present, our cultural ethos have been transmitted from generation to generation. Gifted are those who are involved full-fledgedly to preserve and propagate this rich tradition beyond geographical boundaries.

Hameed Khan Kawa needs special mention here. He has been propagating Indian folk music and dance beyond India, across the world. Kawa is married to Marie-Noelle, a French, who is also actively involved in dance, theatre and music. Their son Ilyas Raphaël Khan and daughter Parveen Sabrina Khan have joined the musical tradition, taking forward the family legacy. 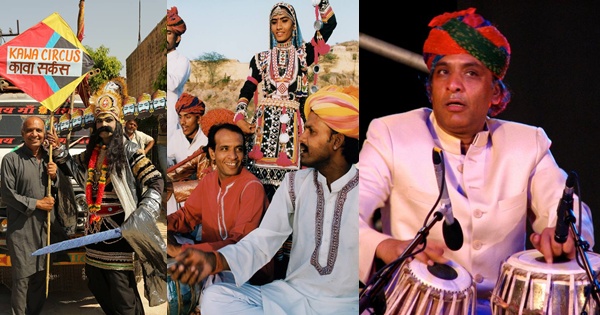 Hameed Khan Kawa  is a percussionist (tabla player) and an artistic director. He inherited his talent from a long musical lineage from his father and grandfather from Rajasthan. Kawa is an exponent of both folk and classical Indian music.

All the artists of Jaipur Kawa Brass Band have ancestral ties to their art as the recipients of many generations of musical culture and knowledge, passed down from generation to generation. The male artists donning colorful turbans, typical Rajasthani jackets, dhotis and camel leather shoes truly showcase the dress culture of Rajasthan. 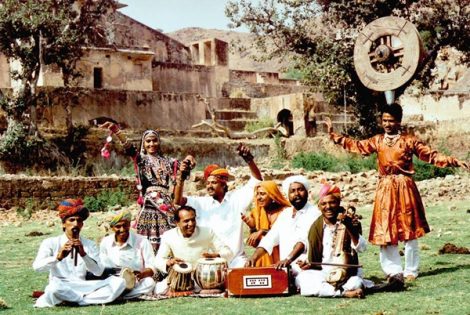 Kawa developed an innovative interpretation of music from the Thar Desert, by adding new richness and warmth. Through his four establishments, viz. Jaipur Kawa Brass Band, Kawa Circus, Musafir, and Kawa Music Company, he has partnered with traditional folk musicians from Rajasthan. He takes them in groups for performances across the world.

Through Kawa Circus, Hameed Khan Kawa explores a way of arranging the music of Rajasthan as a language to highlight humdrum and folklore acts and emotions using traditional instruments. For international performances, the group teams up with Alessandro Maria Torboli and Hervé Vital. Through this group, Kawa promotes one of the most ancient mystical and magical circuses for centuries at the world stage. 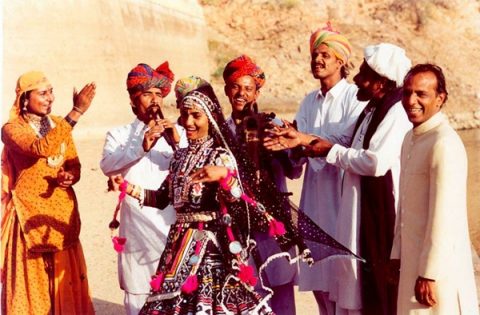 Kawa Circus celebrates folk street performers of India; artists include a delightful dancer, a musician, three vibrant street performers, an acrobat, a pole-vaulter and a funambulist.  Wherever the troupe members go, they carry with them all their materials with happiness combined in rhythms and music.

Jaipur Kawa Brass Band symbolises the colorful, vibrant and majestic desert state of Rajasthan. The band is a spectacular showcase of North Indian gypsy heritage featuring authentic Indian Brass musicians, who perform unique and awe inspiring illusion accompanied by the alluring choreography of a Kalbelia dancer, who dances like a cobra. 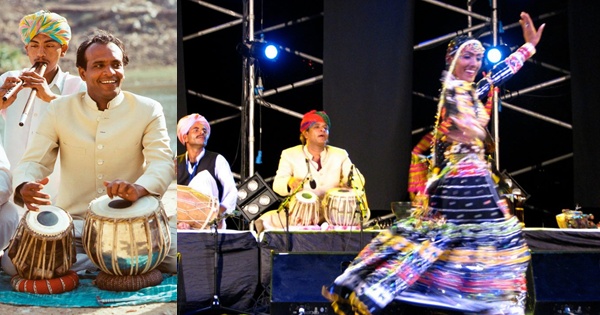 In 1984, Hameed Khan Kawa was invited in France to play Fusion table, which led to frequent journey between between Jaipur and Paris. During this time, he was exposed to different musical styles including classical Hindustani music, Western traditional music and Jazz.

Further, his experience in brass band since his childhood motivated him to  set up Jaipur Kawa Brass Band. Soon, the band earned international fame. 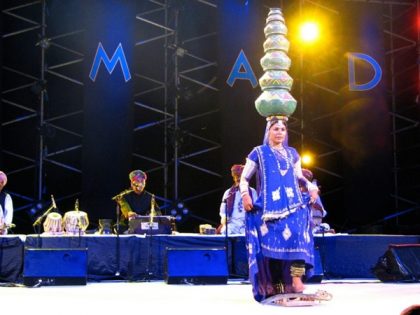 An international performance on stage

All the artists of this band have ancestral ties to their art as the recipients of many generations of musical culture and knowledge, passed down from generation to generation. The male artists donning colorful turbans, typical Rajasthani jackets, dhotis and camel leather shoes truly showcase the dress culture of Rajasthan. They perform with amazing energy and humor both on stage and in a moving parade.

Replying to Manoshi Sinha, Editor of My India My Glory on his efforts in preserving certain dying folk art traditions of Rajasthan, Hameed Khan Kawa says, “We have partnered with traditional folk musicians from Rajasthan; we perform worldwide as a group showcasing the traditional folk art like kalbelia dance, gypsy heritage, street folk art besides playing various traditional instruments.  My daughter Parveen has learnt how to sing a maand, a dying form of Rajasthani folk song from a local folk Guru. She sings maands at the world stage. Our key objective is to showcase our rich folk heritage to the world.” 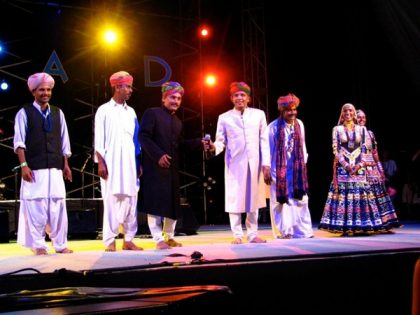 An international performance on stage

Through Musafir, Hameed Khan Kawa and his group express their itinerant life through musical stage performances. A nomad has rightly said this to his son, “For us, to stay at the same place is to stop the rhythm of the universe and die”. Musafir combines divergent styles and backgrounds from all corners of Rajasthan.

These include the Langas and Manghanyar, renowned wandering poets singing a wide repertoire of ancient songs from Thar Desert and playing the sarangi (Indian violin), kartals (castanets), the murchang (Jew’s harp), the musicians of the Court of Maharajas singing and playing the harmonium, the dholak (two headed drum), classical musicians interpreting elaborate and sacred songs, and the list goes on. Musafir performs worldwide regularly, showcasing India’s rich folk music heritage. 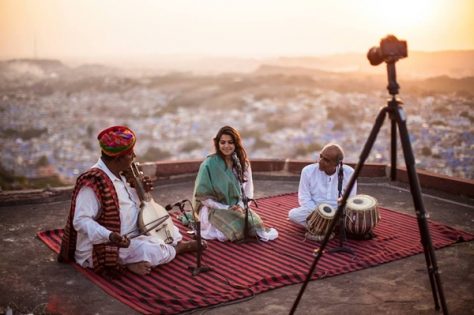 Kawa Music Company is an international music management and booking agency that has been organizing worldwide tours since 2000 for a number of cross-cultural music, dance and street theatre projects for performance in major international events.

Hameed Khan Kawa’s daughter Parveen was brought up in a musical environment in Jaipur, Rajasthan. At the tender age of seven, she became the first girl in her family to receive formal Indian classical training from Dr. Leelawati Adsule, Emrat Dwarka, Abid Ali and her father Hameed Khan Kawa. She also started learning rare maands, a dying form of Rajasthani folk singing, by a local folk Guru. 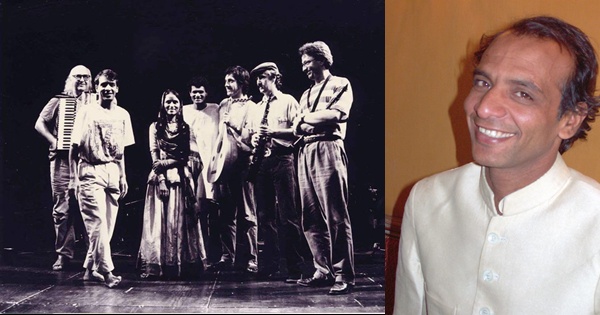 Since then, she has been singing Indian classical, maand at international platforms besides collaborating with artists of various musical influences. She is also the lead singer of the band, Nirmaan: Indian Electric Station. Parveen Sabrina Khan primarily does Indian Classical concerts, workshops and performs with her band Nirmaan.

Ilyas Raphaël Khan, Hameed Khan’s son trained for numerous years as a tabla player under the guidance of his father. He later discovered human beatboxing and began fusing this contemporary rhythmic vocal technique with Indian vocal percussion and the tabla to create evolving and captivating rhythms. In the process, he created his own musical style: tablaboxing. Ilyas is the first person to start beatboxing and tabla at the same time. 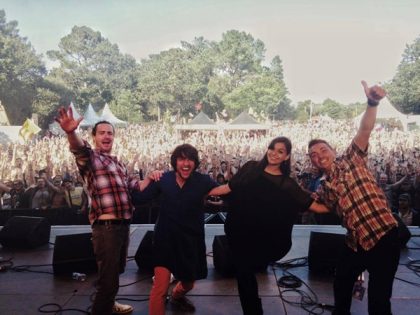 He appeared on the television shows of Paul O’Grady, France 5 (echappee belle), France 3 (festival interceltique) and BalconyTV. llyas started to perform on stage at the age of 14, and has since performed in India, France, Lebanon, Denmark and in United Kingdom, where he studied performing arts for two years.

He was also a part of France Beatboxing championship 2015 and he has been touring with hip-pop and Bharatanatyam dancers including world champion beatboxer Alem. 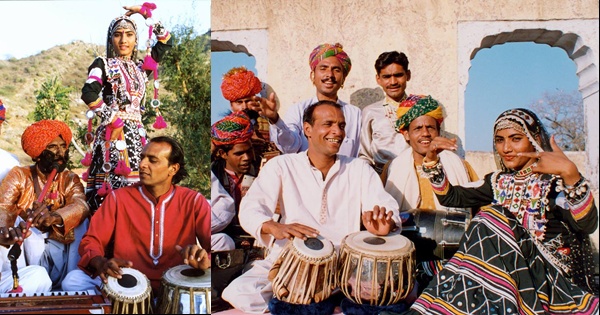