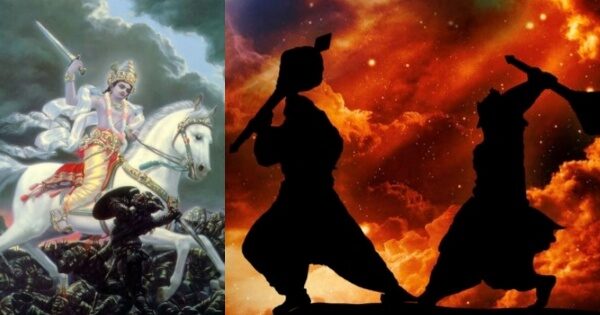 The Surya Siddhanta describes the rules to calculate the motions of various planets and the moon relative to different constellations and calculates the orbits of various astronomical bodies.

A common feature of these conversations about the beginning of Kali Yuga being mentioned in the Surya Siddhanta is that these claims are typically made without ever quoting the specific Sanskrit references from this book!

The original verses from the Surya Siddhanta are not provided because…the word Kali is not used even once in the book!!

As a matter of fact, the Surya Siddhanta does not mention any Yuga except for the Krita Yuga.

Right at the outset, the introductory verse of the Surya Siddhanta says that Mayasura—the originator of its knowledge—started his learning when the Krita Yuga was about to end.

(1.1) “To him whose shape is inconceivable and unmanifested, who is unaffected by the qualities, whose nature is quality, whose form is the support of the entire creation-to Brahma be homage.”

(1.2) “When but little of the Krita Yuga was left, a great asura, named Maya, being desirous to know that mysterious, supreme, pure and exalted science (Jyotisha).”

Comment: Similar statements regarding Krita Yuga prevailing or having just passed is recorded in multiple other places in the same chapter.

The Surya Siddhanta next mentions the bygone Yugas and Kalpas before putting forward its formula for calculating Time reckoning.

(1.22) “And of this Kalpa, six Manu are past, with their respective twilights; and of the Manu son of Vivasvant, twenty-seven ages are past.”

(1.23) “Of the present the twenty-eighth age, this Krita Yuga is past: from this point, reckoning up the time, one should compute together the whole number.”

Comment: So, contrary to the mainstream belief, the Surya Siddhanta offers a reckoning of time from the end of Krita Yuga and NOT from the beginning of Kali Yuga!

We again see a statement about Kritanta being reiterated by the Surya Siddhanta after putting forward its formula for calculating the number of revolutions of celestial objects in a Yuga.

(1.46) “The twenty-seven ages (Yuga) that are past, and likewise the present Krita Yuga; from their sum subtract the time of creation, already stated in terms of divine years.”

(1.47) “In solar years: the result is the time elapsed at the end of the Krita Yuga; namely, one billion, nine hundred and fifty-three million, seven hundred and twenty thousand solar years.”

By now, the recurring theme of “Krita” and “Kritanta” should have clarified about the epoch/Yuga the Surya Siddhanta is referring to—the Krita Yuga.

However, few researchers quote a popular reference from the Surya Siddhanta (obviously, only the English translation), which supposedly talks of a major conjunction of planets near the beginning of Aries at the start of Kali Yuga. Subsequently, they use this reference to arrive at the date of Mahabharata War.

Does the Surya Siddhanta really say that? NO!!

The Surya Siddhanta explicitly states that the said conjunction took place at the end of Krita Yuga and NOT at the beginning of Kali Yuga.

(1.57) “Now, at the end of the Krita Yuga, all the planets, by their mean motion-excepting, however, their nodes and apsides (mandocca)-are in conjunction in the first of Aries.”

Is it not a terrible manipulation of the ancient scriptures on the part of the researchers to consider “कृतयुगस्यान्ते” which is “the end of Krita Yuga” as “the beginning of Kali Yuga” and misguide or confuse the common uninformed folks?

1. The Surya Siddhanta does not offer any setting to determine the beginning of Kali Yuga.

2. The Surya Siddhanta predominantly deals with the epoch of Krita Yuga and Kritanta.

3. The inability of the researchers to differentiate between their subjective conviction and the objective evidence serves more to misguide the uninformed than help them.

4. The next time anyone talks of the Surya Siddhanta evidence for the beginning of Kali Yuga…ASK for the original Sanskrit verse of the putative reference. 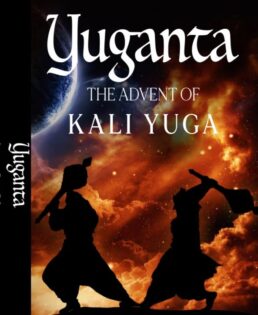 These questions and more have been answered in my latest book “Yuganta: The Advent of Kali Yuga”, which is now available on Amazon.

Jeevan Rao is a researcher, a writer, speaker, and an IT consultant. He is the author of 'Yuganta: The Advent of Kali Yuga'.

436 Inscriptional Evidences on Kaliyuga and its Timeline; An Analysis