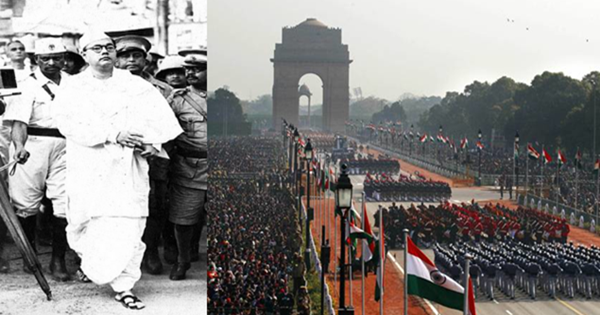 Post Jallianwala Bagh saw Europeans at the receiving end and victims of violence for a change. The British countered it with the Rowlatt Act . The next year Gandhi committed to Swaraj, more as a spiritual independence. The basic demand of all Indians would be answered by the behaviour and response of the British, he felt and. led the nationwide civil disobedience to oppose the Rowlatt Act. For him the means was as important as the end and it took a Chauri Chaura to bring the equation back to square one. That led to more heartburns and more nationalistic resolve.

We now quickly move on to 1928 where the salt in the wound continued with the Govt appointing an all European, seven member committee led by Sir John Simon, to deliberate on constitutional and political reforms for India. Some Indians laughed at the proposal, some remained stoic. Rest died in the angry public demonstration. Among them was a gentleman called Laja Lajpat Rai . With Gandhi on a self imposed exile, the congress under the Stewardship of Motilal Nehru drafted their own version called the Nehru Report signed by nine members including the Nehrus and Subhas Bose . That was 28th August 1928.

The Report was not too harsh on the Gandhian legacy and in fact demanded that India be granted self-government under the dominion status within the Empire. Still the recalcitrant British ignored the commission, its report and refused to introduce political reform. Fact remains though that the report did talk of the dominion status, a threshold Gandhi liked.

It was apparent that Younger nationalist leaders like Subhas Chandra Bose and Jawaharlal Nehru signed the report with a degree of reluctance . The duo demanded that Congress resolve to make a complete and explicit break from all ties with the British. They derived encouragement from the 1927 idea of Bhagat Singh’s total independence which again was rejected because of Gandhi’s opposition. The Dominion status would mean retaining the Monarch of the United Kingdom as the constitutional head of state of India (although in the separate capacity as King of India), and preserve political powers for the British Parliament in Indian constitutional affairs.

In December the same year, the Congress held its annual session at Calcutta under the stewardship of the Sr Nehru where Gandhi made a comeback of sorts and proposed a resolution that called for the British to grant dominion status to India within two years. That angered Bose. He was somewhat pacified when Gandhi agreed to reduce the time from two to one. Jawahar agreed and Gandhi had his way with 118 to 45 in its favour. Subhas now abstained from voting much to the chagrin of his supporters. Bose decided to do something different.

He decided to introduce an amendment during the open session of Congress that sought a complete break with the British. This took Gandhi completely off guard but he won that day. The amendment was rejected, by 1350 to 973, and the resolution was fully adopted. The biggest gain for Subhas that day was the marked change in his friend Jawahar’s stand. Poorna Swaraj it had to for the duo. They would not bow down to the grand old man any longer. The adrenaline was flowing . So was the river Ravi, on whose banks they decided to hold the next session of 1929.

The river Ravi, the wind of Lahore, they say was the witness to the epic battle of Mahabharata. They also say Valmiki composed the Ramayana on its bank. The third historic event was the purification process Ravi was subjecting Nehru and Subhas to. In its chilling cold of 31st December that night , lay the jerk of the Poorna Swaraj movement.

Poorna Swaraj was a socialist overhaul of the economic structures of the country and sought its inspirations from the Russian and Irish Revolutions . Nehru and Bose symbolized the new youth and a new agenda. A new conclusion. It helped that young revolutionaries all over India led by Bhagat Singh and others were teeming with passion by the end of the year 1929. Poorna Swaraj also meant a ghar wapsi of the glorious past that was much maligned even before the British.

For Subhas who was the main architect of the Poorna Swaraj concept, it was way beyond the handing over process. The Indian National Congress, for them, was not an ideological party but an anti-imperial party, the ultimate goal of all of these diverse interests groups. Gandhi too had his own vision of Poorna Swaraj but that was in sharp contrast with that advocated that day in Lahore. Gandhi’s swaraj ironically meant control. Control over passion, senses and impulse. Independence can be easily achieved he thought if one rises beyond the controls. If that takes another hundred years so be it. That night though he had to give it to Subhas. The same night he decided also to break the Subhas Nehru friendship. Subhas cannot be bought he was sure.

Subhas, Nehru and thousands of supporters took a pledge for Poorna Swaraj that historic night in Lahore on the banks of the hallowed river. The first flag was unfurled by Jawahar, he being the President. This pledge was to be celebrated as Independence Day on January 26 all the future years starting from 1930 onwards. From 1930 to 1947, 26th January was celebrated as the Independence or Poorna Swaraj day. Almost like how we celebrate it now. Maybe with a less media coverage.

That the finalized date of independence on 15th August 1947, had everything to do with Japan’s surrender and little to do with anything related to Indians was common knowledge. So when the Constitution was drafted and formalized on 26th November 1949, the then Indian Diaspora demanded a day to solemnize the occasion.

They found a day no better than Poorna Swaraj day. 26th January where for the first time a motley crowd that had come together under the banner of the Indian National Congress on the banks of the Ravi realized the day for us. The movement led by Subhas Chandra has since been celebrated as Republic Day.

Parthiv Dhar is a passionate Netaji follower, based at Guwahati. He often researches and writes on Netaji. He works for Indian Oil Corp Limited.

“Because of Netaji We Aren’t Part of Pakistan”; Netaji’s Impact on Northeast