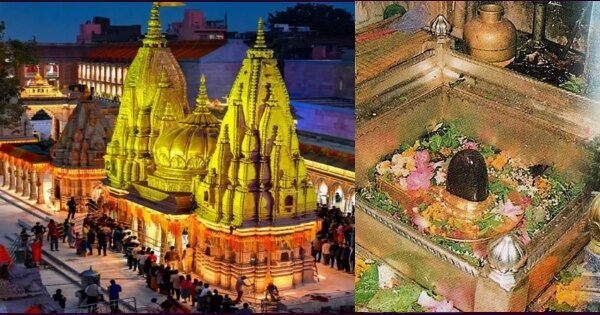 It is not known when the city of Kashi, i.e Varanasi was established but the city existed since early Vedic era. This city was bounded by Varana and Asi Rivers.

King Haryashva and his descendants reigned over Varanasi around 11350-11150 BCE.

The Haihaya kings invaded Varanasi and King Haryashva died in the war.

Haryashva’s son Sudeva and his grandson Divodasa defeated Haihayas and fortified the city of Varanasi.

Divodasa was a senior contemporary of Mahadeva Shiva. Shiva came to Varanasi and established his residence there. Parvati did not like the city at first but Shiva said to her “I will not leave my home and my home would be Never-Forsaken (Avimukta)”. This Shiva’s home was exactly located where Avimukteshvar-Gyan-Vapi temple (converted into mosque by Aurangzeb) stands today.

After King Sannati, Kasha (Ayu’s great grandson and Kshatravriddha’s grandson) founded the rule of Chandra vamsa in Varanasi and rebuilt or expanded the city. This is the reason why Varanasi came to be known as Kashi (built by Kasha).

Dhanvantari (~10950 BCE) was the founder of a branch of Ayurveda and Sushruta was his disciple.

Kashi King Ajatashatru was a contemporary of King Janaka of Videha Janapada.

Gradually, Kosala and Videha Janapadas dominated over the Kashi Janapada during the post Vedic, Ramayana and post Ramayana eras.

Kashiraja was the king of Kashi during the Mahabharata era. Bhimasena defeated Kashi king.

According to Puranas, there were 25 kings of Kāshi after Mahābhārata era.

King Śiśunāga (2024-1984 BCE) was the king of Kāshi who conquered Magadha and founded the rule of Śiśunāga dynasty in Magadha. His son reigned over Kāshi when Śiśunāga was ruling over Magadha.

Seemingly, King Brahmadatta and his son Prasenajit were ruling over Kāshi during the lifetime of Buddha (1944-1864 BCE).

Mahāpadma Nanda of Magadha annexed the kingdom of Kāshi around 1662 BCE.

Mandana Mishra was living in Varanasi.

Chinese Traveler Huen Tsang referred to the Temple of Kashi.

Kalachuri-Chedi King Karnadeva (389-419 CE) made Varanasi as his capital and Kashmir poet Bilhana visited Varanasi during the reign of Karnadeva.

The Avimukteshvara Temple was demolished by Muhammad Ghori and his slave Aibak.

The temple was rebuilt but demolished again by Sharqi Sultan of Jaunpur.

The temple at Varanasi was rebuilt by Narayan Bhatt under the patronage of Todar Mal during the time of Akbar.

Aurangzeb demolished Avimukteshvara Temple and built a mosque over it.

Since the Avimukteshvara Temple had been desecrated by Aurangzeb and a mosque was built over it, Ahilyabai Holkar built the present Kashi Vishvanath Temple around 1776-78 CE.

In 1835 CE, Maharaja Ranjit Singh donated 1 ton of gold to the temple for plating of temple’s dome and doors.