He Was My Chief 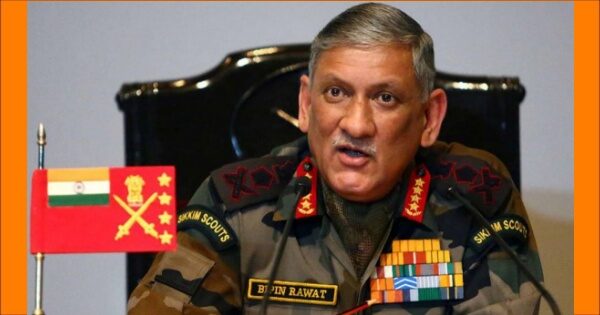 He was my Chief. As his अंतिम संस्कार is over, I would like to set the record straight on a few things.

Partly because it’s the Social Media age and scrutiny is easy and criticism is costless. The sharper the criticism, the more views you get. Partly because he was a Bharatiya like Gen VK Singh. Let’s face it, we are a mentally colonized people. If someone speaks in Hindi we look down upon them. ‘Only servants speak Hindi you see’. Partly because wokism is growing dangerously in our society and it’s cool to criticize anyone who stands up for soldiers.

Some veterans also criticized him because of decisions like cantt roads and CSD. Me too but let’s face it, hardly any chief since Gen BC Joshi has stood up to MoD. I genuinely feel that Gen Rawat took these decisions because he believed in them. I didn’t agree but I am not required to. And his successor could have reversed them. He didn’t and is not criticized

Egos also come into play. Gen Bipin Rawat did hurt egos with his straight talk and maybe in this day and age we don’t like straight-talking people.

It was said Gen Bipin Rawat was political. His elevation to COAS by superseding brought on this criticism. But we forget that Gen Bewoor superseded an absolute great Gen Bhagat and Gen Vaidya superseded another legend Gen Sinha. I have never seen any criticism of them. Then many noses were put out of joint when he became CDS. All kinds of allegations of “selling out the army for post” were thrown around. These allegations were driven by a perception that the Army was being ridden roughshod on and Gen Rawat did it purposely to get the CDS post. It’s very true that the army’s status vis a vis the bureaucracy was diminished but this has been a long-term trend which naturally accelerated during his tenure. In fact a senior bureaucrat in the ministry himself told me that the bureaucracy has been at it for years and Gen Bipin Rawat certainly did not strike any deals with powers to sell out the army and he had no inkling he would be CDS.

Was he too offensive minded ?

Gen Bipin Rawat was also criticized for supporting Maj Jitul Gogoi and Op All Out. I strongly believe that was his finest hour. Much of my respect for him comes from his steadfast support of our officers and men in ops. That’s what we want our chief to do. We want our chief to be offensive minded and take the fight to the enemy. We want him to speak harsh truths to the media. He did all that. During the China stand off his was one of the few offensive voices at the highest councils of war. Many around him were risk averse.

I passionately disagreed with Gen Bipin Rawat on many aspects of theatrisation and still do. This is a complex question and beyond the scope of this article. I may be wrong or right in my views. There are no absolute and easy answers here and only time will tell what the correct solution is. But the most important point is that he was given a task by the government and a clear deadline – 3 yrs. And he put his entire energy to it. Like a soldier. Many chiefs just warm their seats. He did not.

I have not listed his many accomplishments because others will. I wanted to address the difficult questions that few will. Gen Bipin Rawat in my view was a fine Chief who was unfairly criticized like no other.

He was my chief.

This tribute is written by @Ak5985965 (twitter), a veteran from the Indian Army.