How to Live According to Hindu/Vedic Lifestyle; What is Dharma? 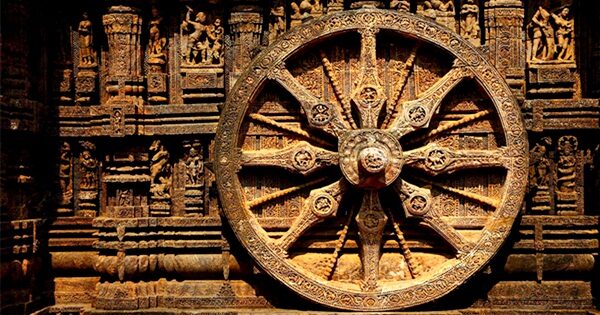 “Whenever and wherever there is a decline of Dharma and the rise of Adharma.
O descendant of Bharata, at that time I manifest myself on earth”

“To protect the righteous, to annihilate the wicked, and to re-establish the principles of dharma I appear on this earth, age after age.”

The above shlokas are extremely well known and quoted shlokas from Shrimad Bhagwad Geeta, which speak of the importance of Dharma and how Bhagwan himself appears to establish it.

But how many times do people actually wonder what is this Dharma that Shree Krishna is speaking about and if it is so essential that God himself comes for its establishment, shouldn’t we know and follow it?

Let’s get obvious out of the way, Dharma is not religion. It is an unfortunate fact that “Dharma” is taken as a Hindi translation for “religion” these days. First, the word Dharma and its importance have been excessively mentioned in Vedic literature which we know has existed thousands of years before the modern concept of religion was born.

So then what is Dharma if it is not religion? Let us start from the basics, even a person who has not read any Hindu literature can understand from context alone from the above-written shlokas, that Shree Krishna is speaking of some kind of righteous path, some kind of moral code of conduct which needs to be always established.

So what is this moral code of conduct? And is the same moral code of conduct applicable for all humans? On this note, Hinduism differs from many religions as it is accepted that the same rules cannot be applied to all humans, and all work in different ways based on their pravritti (core nature of humans). Yes, there are some fundamental basic pillars of Dharma (four) that are universal. But there is also Swadharma – the Dharma of each separate individual which he/she himself shall find – based on his core nature and Karma.

The four pillars of Dharma (Universal Dharma for all humans):

Tapah – Tapah can be roughly translated in English as ‘austerity’. Living life in regulation and self-control, not blindly being a servant of sense organs and sensory pleasures and performing the ‘correct’ duties.

Sauchyam – Sauchyam translates to cleanliness – Cleanliness of both body and mind. That is, having a pure mind devoid of ghrina (hatefulness), lobh (greed), moh (sensory attachment), etc.

Daya – Daya translates to Compassion – for all living beings. Not harming (in fact protecting) innocent living beings. Additional note – The concept of compassion for all beings is recurrent in Sanatana literature. During Yagyopavit (initiation to Gurukul ceremony) the child pledges to protect all life forms and nature in what is known as Bhoot Rin.

Satyam – Satyam means truth. Truth in words and action both.

Apart from the four pillars of Dharma, there are also 5 Debts on all Humankind known as Panch Rin fulfilling which, is the Dharma of all Humans. In Vedic literature, human life is spoken of as a great blessing for a soul, but this is not due to any narcissistic reasons – like greater intelligence or moral grounds. Because as many people can now observe the behavior of humans in Kaliyuga is getting far worse than animals in terms of cruelty or destruction of the Planet and other species. Then why do Hindu scriptures give extremely high regard to a human birth irrespective of Yuga?

It can be understood by the name given to a human body – Mukti Dwar (the pathway to Mukti). This name signifies the Vedic concept that only through a human body can a soul attain Mukti/nirvana/moksha. That is freedom from the cycle of birth and death. Freedom from suffering. And due to this great opportunity/blessing comes five debts or responsibilities on all Humans. A child pledges to fulfill these 5 Debts in the Yagyopavita ceremony (initiation to Gurukul).

These Panch Rin (5 debts) are:

1) Bhoot Rin – Human beings are in debt by entire prakritti – the entire planet with all of nature – forests, all species of life, because without them, life is not possible. To complete this responsibility a human should protect nature and all animals throughout his life.

2) Lok Rin – This debt is towards society. That throughout his life a human should use his natural talents and hard work for the betterment of the entire loka (world). Lok Rin is highly dependent upon Varna – which is not based on birth but based on pravritti (nature) and the profession of a person.

3) Pitra Rin – This debt is towards your parents and ancestors. It is fulfilled by giving Seva (service) to them in whichever way is possible and performing Shraddha for them after their death. Shraddha is a Vedic ritual performed so that the souls of the parents and ancestors may attain Mukti.

4) Guru Rin – It is a debt towards your Guru, to realize and apply the spiritual and material knowledge given by them and pass it on to the next generation.

5) Dev Rin – It is a debt of Devatas/Gods which is on us. Some sections believe that this debt is towards Shree Hari Vishnu himself. And it can be fulfilled by walking on the path of Dharma (truth, austerity, compassion, and cleanliness of mind and body). Dev rin is also fulfilled by doing Daan (charity) and by Vedic Yagyas.

Together the four pillars of Dharma and Panchrin, roughly constitute the Dharma of all Humans in Sanatan Shastras. The individual Dharma (Swadharma) however depends on the Varna and Ashrama human is in as well as the Purushartha he/she is following which is individually vast and spectacular subjects.

Harshita Vishwakarma is a Researcher on Vedanta, Bachelor in Electrical Engineering, Software engineer in Infosys. Speciality in Advaita Vedanta and Shakta sect of Hinduism.