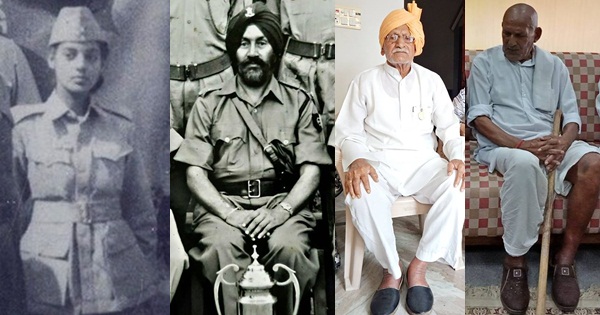 We celebrate Independence Day every 15th August. But how much do we know about our warrior ancestors, whose sacrifice and struggle led to the freedom we enjoy today? Do we know about the thousands of warriors who offered resistance over a period of 1300 plus years first against Islamic invaders and later the Dutch, Portugese, and British? Yes, our history textbooks do describe in detail about the glories of our invaders and about Mohandas Gandhi and Nehru.

What about Netaji Bose? What about the 60,000 plus Azad Hind Fauz soldiers (INA) out of which 26,000 attained martyrdom for the freedom of India? According to Maj Gen GD Bakshi, “A succession of court historians have tried to craft a narrative that India had obtained her freedom entirely by the soft power of ahimsa (non-violence) and Satyagraha; and that hard power had no role to play whatsoever. This is a huge sacrilege. As per the INA’s official history, the force had a total strength of 60,000. Of these, 26,000 were killed in action. Was that non-violence? The pity is that the Nehruvian dispensation treated these men as traitors. There is no memorial for the 26,000 martyrs”.

Marcus Garvey, a Jamaican-born political leader and social activist, has rightly said, “A people without the knowledge of their past history, origin and culture is like a tree without roots.” We are a nation that is a tree without roots. It is time we know our historicity and our roots.

He was a Major in Netaji Bose’s Azad Hind Fauz (INA). Along with other officers, he was also tried in Court in Red Fort premise by British for ‘Waging war against the British crown’. Proceedings and trials were later moved to Delhi Cantt and later charges of treason were dropped after a major outcry by patriotic Indians across India. 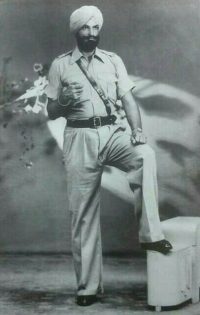 Here are excerpts of some of Major Shingara Singh’s statements during the trial, published in The INA Speaks:

“My only crime is patriotism.”

“I preferred to become an Indian rather than remain only a Sikh … We were Indians, one and all, first and last.”

Major Shingara Singh was sentenced to 14 years of imprisonment by British but like all others was released on Independence in 1947. He left for his heavenly abode soon after independence.

Shri Parmanand Yadav worked both as a covert spy as well as gunner (especially in targeting enemy aircrafts with bomb and gun) for the Azad Hind Fauz. He is now aged 99 years. The brave INA veteran was called ‘Mahashay’ by fellow soldiers. He used to sing the Anthem during parade. He also recited patriotic poems and narrated stories from the Ramayana and Mahabharata to the INA soldiers during his service. He said he did this to not only keep the INA soldiers motivated but also make them feel at home in Singapore, a place far away from the motherland. When we met him, he recited to us two of the patriotic poems with the same zeal he recited during the freedom struggle days.

Shri Parmanand Yadav was witness to the destruction of Prince Charles ship that accommodated hundreds of British soldiers during World war II in the Japanese waters. The pilot of a Japanese fighter plane made a suicide attempt by striking into the engine of the ship. And he succeeded. Shri Yadav was part of the war preparations in the Northeast. Walking through the dense jungles of Burma, he along with Netaji Bose and fellow soldiers reached Manipur, Nagaland, and Assam.

During this time he worked as a spy disguised as a medicine seller. His duty was to check the number of British posts in Assam and other regions of the Northeast and pass on the information to Netaji Bose. He was caught by the British and jailed. He dug an underground tunnel and released himself free from the prison. Later he went back through the same tunnel to free fellow Azad Hind Fauz warriors. Shri Parmanand Yadav was part of the 70th Republic Day Parade (it was for the first time after Independence that INA Veterans were brought to RD Parade).

Now aged 97 years, Shri Jagram was one of the BODYGUARDS of Netaji Bose for 13 months. In the image below, he is showing his injured leg to the author (Manoshi Sinha). He has survived a bomb explosion injury (part of flesh on his right leg shattered away from his body) and bullet injury in stomach during his INA service. 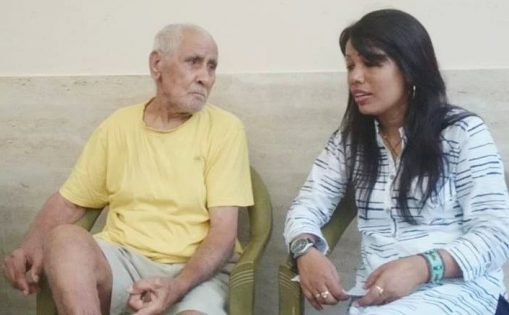 Shri Jagram, during his stint as Netaji’s bodyguard, was witness to how an enemy came disguised to assassinate Netaji in Burma. He along with the other bodyguards thwarted his attempt. He narrated in the YouTube video below about Netaji Bose and the INA and about how Mohandas Gandhi and Nehru betrayed the nation. 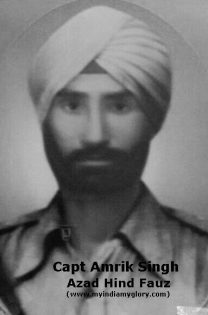 Lt Asha Sahay is now in her nineties. She joined the Azad Hind Fauz as a sepoy at the age of 17. She had wanted to join INA at the age of 16, but Netaji did not allow her given her very young age. After 6 months of rigorous training, she was promoted to the post of lieutenant in the Rani Jhansi Regiment. Netaji used to address all the women warriors of INA as Rani Jhansi. 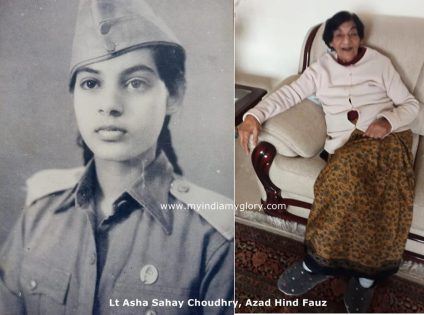 Lt. Asha Sahay (left – when she was 17 years old, right – in her nineties); Image collected by Manoshi Sinha from Lt Sahay and right image clicked by her.

When she joined the INA, she was a college student in Tokyo. Her teachers and friends in college gave her a grand farewell and wished her that she achieved her goals of freeing India. The below image of Asha Sahay Choudhry (seated in middle) was clicked on her farewell from her college in Tokyo. Seated along with her were her teachers and those standing were few of her classmates. Notice her Azad Hind Fauz uniform. Her college authorities gave their wholehearted mental support in her participation in the fight for India’s freedom. 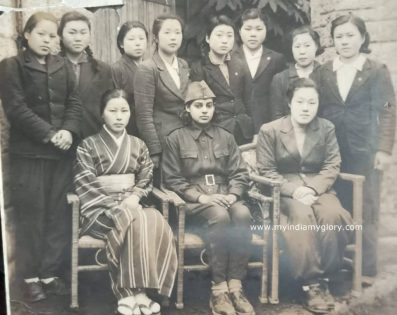 Asha Sahay during her farewell from college in Tokyo; Image collected by author from Lt Sahay

Shri Bhagmal worked as a sepoy for the Azad Hind Fauz. He participated in the war against the British in Nagaland and Manipur. During an interview with him by myindiamyglory.com team, he narrated how the British deceived them and took them to Singapore in huge ships to fight for the colonial masters during World war II. There he revolted against British and later joined the INA.

Many Indian soldiers who revolted against the British were left to die in a deserted ship in the vast ocean without food and water. Many soldiers died and few survived. Shri Bhagmal was one of the counted few who survived to be a part of Netaji’s army. He survived by eating lime, which he came across in the ship. Like him, few soldiers consumed lime to survive. Few of them perished. Tears rolled down his cheeks at the very utterance of Netaji Bose. Such was the reverence for Netaji by the Azad Hind Fauz soldiers. 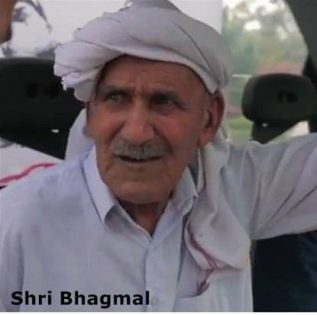 Shri Bhagmal, then aged 100 plus years was part of the 70th Republic Day Parade. He left for the heavenly abode after a few days. He was suffering from respiratory problems. It seemed as if the Almighty infused him with life for that moment (it was for the first time after Independence that INA veterans were brought to RD Parade and given recognition). 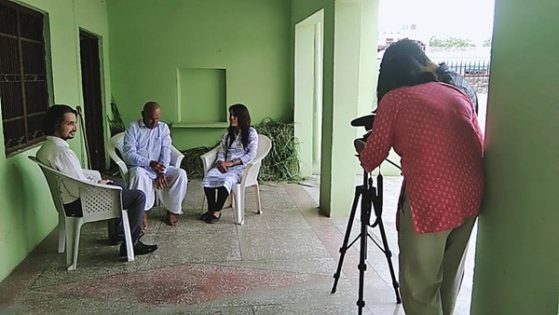 Myindiamyglory team in conversation with Shri Bhagmal; YouTube video of this conversation at the bottom of this article

Laxmi Indira Panda was one of the youngest soldiers of the Azad Hind Fauz. According to numerous sources, she was the only Oriya woman to have joined Netaji’s army. Laxmi was born to laborer parents in Burma; her parents were taken by the British from Orissa to Burma and engaged them in the laying of railway lines. She grew up seeing her parents being exploited by the British. As a child, she cut grasses for the horses of the colonial masters. After the INA with Japanese forces captured parts of Burmese territory, the British fled from there. Laxmi’s father joined the INA, but soon after both her parents were killed in a air bombardment by the British. She, then aged 14, and her brother were witness to the incident.

Laxmi Indira Panda visited the nearest INA camp to join as a sepoy. In the words of Ahir Dhar in ‘Laxmi Panda : The Forgotten Soldier of a Lost Army’ published in Orissa Review, “The frail Laxmi was hardly fourteen years of age, and was refused by the Camp commanders. However she stayed put outside the Camp gates, and when Subash Bose came for inspection she blocked his way. She was personally taken aside to him, and her determination melted the hearts of the I.N.A. leaders. She was taken in the Rani Jhansi Regiment under Captain Lakshmi Sehgal. Initially she was given soft jobs of housekeeping and cooking, but the young Laxmi soon proved her mettle and won the hearts of her superiors. She trained in swordsmanship, shooting and espionage. As she was well versant with the Burmese Language, she was often sent across enemy lines for recce and collection of intelligence.” 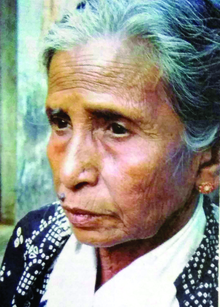 After India’s independence, Laxmi Indira Panda lived in penury. She worked as a Housemaid, cleaning utensils for a living in Odisha. She was denied pension for freedom fighter by the Central Government. Why? Because Nehru govt had declared INA soldiers as traitors after Independence! She died in poverty in 2008. She was felicitated by President Pratibha Patil. According to a Hindustan Times report, “Having spent the past 60 years in utter penury, washing utensils to eke out a living, Panda died this afternoon, without ever knowing that the country she fought for had finally recognised her worth.”

The Government of Odisha, after her death, installed a statue of Laxmi Indira Panda at Jeypore in her memory. Unfortunately, this statue was neglected soon after. According to a 2011 The Times of India report, the brass statue has been lying outside the Jeypore municipality office amidst waste papers, torn clothes and sand bags. A virtual garbage dump, the site has now turned into a “public urinal” and spittoon for tobacco addicts.

Ajad Hind Fauz warrior Capt Krishna Bahadur Mukhia was a Gorkha and a boxing expert. He was a prisoner of war in Malaya and joined Netaji’s INA in 1943. He was one of the personal bodyguards and driver of Netaji Subash Chandra Bose in Burma. He used to gather intelligence, comb areas that he would visit and fought in the front lines. 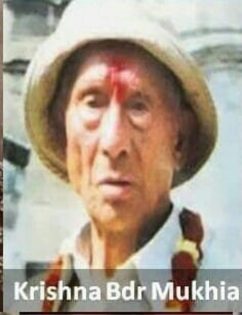 He was wounded in Burma, captured by the British on January 31, 1944, and taken to a prison in Bangladesh. He was kept in a prison in Burma for 6 months. He returned to Darjeeling in 1946 and got a job with the district school board.

He was the commander of the Azad Brigade, the 3rd Guerrilla Regiment of INA. This regiment consisted of three infantry battalions. Col. Gulzara Singh participated in the Imphal Campaign against British for India’s freedom. Sadly, thousands of freedom fighters like him are unsung and unheard of. Thanks to the one sided narrative created by the Nehru govt. after Independence that credited Gandhi for India’s freedom.

1. Shubham Sharma (great grandson of Maj KP Sharma, who led a mass revolt against British in Jabalpur following INA trials in Red Fort; Subham’s forefathers were in Azad Hind Fauz), who has a wealth of information and pics pertaining to Netaji and the Azad Hind Fauz. His Tatuji was Col Gurbaksh Singh Dhillon who was tried in Red Fort (famous as INA trials) by British.