Samuhik Vedic Vivah of 8000 Couples; Saving them from Missionary Trap 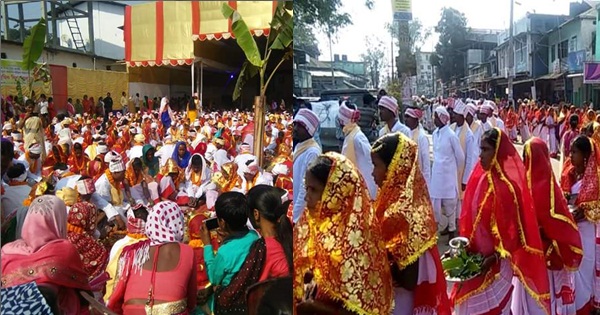 Samuhik Vedic Vivah! This may be a new phrase for many and common for few. Since the 8th century, our civilization has been threatened and our Sanatani cultural identity put at stake first by Islamic invaders and plunderers and later by British. The British left but Christian missionaries continue to intrude into our cultural existence, converting lakhs into their faith. The poor and the weak and those in the name of caste victimization have fallen easy prey to the conversion tactics. Unlike other states in India, Assam is no exception. Samuhik Vedic Vivah has put check to this missionary intrusion to some extent in Assam.

One of the many marriage forms that is widely followed by Sanatanis across Bharat and the world is the Brahma Vivah! It involves the father finding an eligible groom for his daughter. This is followed by proposal for marriage and meeting of both families. At the decided date, the marriage takes place amid a ceremony, especially a traditional Vedic marriage ceremony where rituals are performed around Agni (Vedic yajna). The bride and the groom agree to the seven vows before the yajna. A hymn dedicated to this ceremonial marriage ritual finds mention in the Rigveda. Rigvedic hymns are chanted and the father gives away his daughter, termed kanyadaan to the groom. 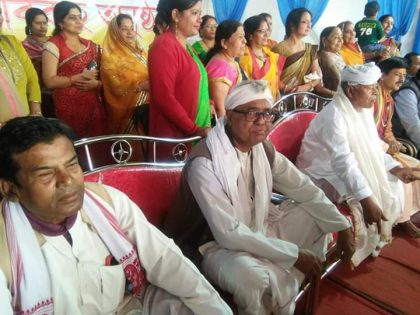 How many of you have heard or uttered the phrase Bhaag kar shaadi ki hai for any couple who have been enjoying the bliss of marriage by eloping? Perhaps innumerable times! This is the social phrase tag often labeled on such couples, who live with it till their mortal bodies perish. While few take this as a compliment, few consider it as an insult. Those who feel the insult, gulp the same thousands of times in their lifetime with mixed feelings of remorse and a joy of the eternal bond, of the bliss of janmo janmo ka saath.  This is the Gandharva Vivah, wherein the couple lives together out of love, by mutual consent without consummation of any rituals. 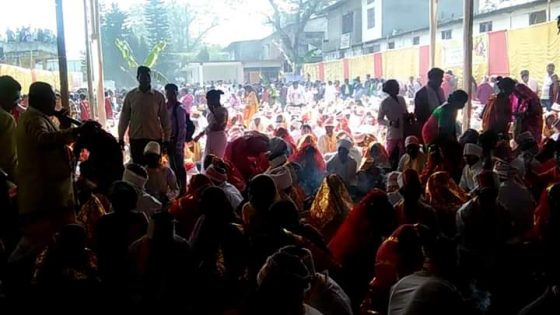 The key reason for many couples eloping is either family of bride or groom or families of both not agreeing to the marriage. This often happens in case of inter community and inter varna marriages or when the said bonding is between two different economic backgrounds. Many an economically downtrodden couple opt for Gandharva marriage to get away with the expenses involved.

The result – many couples face a societal backlash and looked down upon. Christian missionaries active in respective regions take them into their fold with promises of societal status, marriage as per Christian rituals, and various other benefits. Gullible couples get trapped and thus get converted. Many couples have converted in similar fashion. This is one of the tactics that Christian missionaries use to propagate their faith and expand their demographics count. 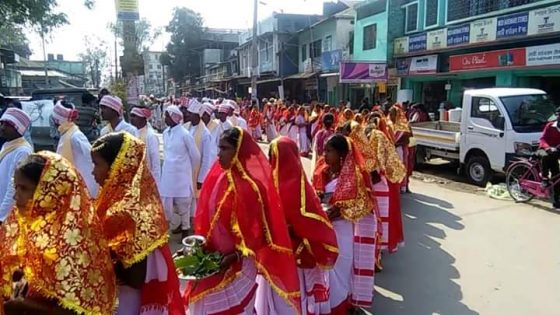 Here is an organization that has been reinstating the societal status of such couples through Samuhik Vedic Vivah since the year 2016 in Assam. This Northeastern state is renowned worldwide for tea and tea gardens. It is the Adivasi community, numbering in lakhs, who has been working in the tea gardens for hundreds of years. Many Adivasi couples have fallen in the missionary trap and got converted. The organization is Sevayam that works pan Assam under the aegis of its parent organization Seva Bharati Purvanchal. It has also been working in association with Hindu Chai Janagusti Suraksha Parishad, which traces such families and couples in different rural belts and tea garden regions across Assam. Sevayam also facilitates Samuhik Vedic Vivah of poor couples.

What could be more fulfilling and blissful than regaining that lost status and identity and proudly getting immersed in Sanatani rituals of marriage, the rituals of their roots. This is how many couples feel after the consummation of their marriages as per Vedic or other Sanatani rituals. Their bright and joyous visages speak volume about their contentment. According to Pankaj Deka, who has been involved in facilitating Samuhik Vedic Vivah pan Assam, Sevayam has a track record of performing Vedic marriage rituals for even a family of three generations (couples of all three generations married by eloping). 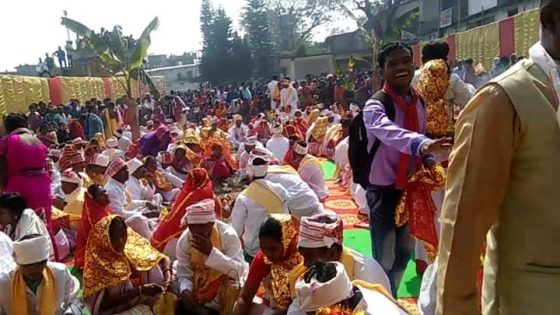 Sevayam provides everything required for the marriage rituals and the basic necessities to start a marriage life to each couple. This include cloths, jewellery, utensils, and related paraphernalia. Besides Vedic rituals, there are numerous communities that follow other Sanatani rituals. These rituals are accordingly followed. Each ritual is performed by respective community Pandits. Dharma Gurus and many dignitaries come to the Samuhik Vedic Vivah sthal to bless the couples.

Assam is home to hundreds of Sattras, religion centres associated with the Ekasarana tradition of Vaishnavism. The Ekasarana tradition is a panentheistic religion propagated by Vaishnava saint Srimanta Sankardeva in Assam in the 15th-16th century. Sattradhikars, Dharma Gurus associated with the Sattras, also visit the Samuhik Vedic Vivah sthals to perform the rituals and bless the couples.

Till date, since the year 2016, Sevayam has facilitated the marriage of 8000 couples across Assam. Images attached in this article are of a Samuhik Vedic Vivah celebration in Doom Dooma, Tinsukia district of Assam held in February 2019. Around 260 couples were blessed with the bliss of a Sanatani ritualistic marriage. The event was graced by Sri Sarbananda Sonowal, Chief Minister of Assam. 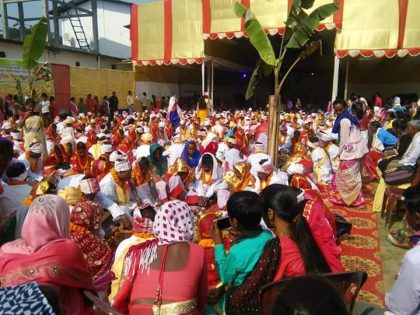 This is not the end of the story. Sevayam also organizes regular Matri Sanmilan camps after every Samuhik Vedic Vivah celebration. The females, i.e. the brides are invited at a gathering where they are taught by Dharma Gurus the basic rules of running a family, upbringing of children, their role at home and in the society, etc. as per Sanatani traditions. I shall be publishing a post on Matri Sanmilan soon.

Samuhik Vedic Vivah event information courtesy: Pankaj Deka, social entrepreneur involved for the cause of Sanatani culture since 20 plus years; he also works with international organizations. He is Vice Chairman, International Youth Committee that has presence in 160 countries working for youth empowerment under aegies of UN. He is also National Secretary of IFUNA (Indian Federation of United Nations Associations). 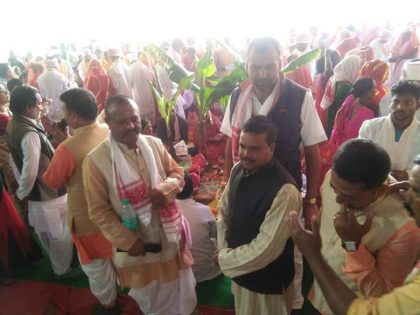