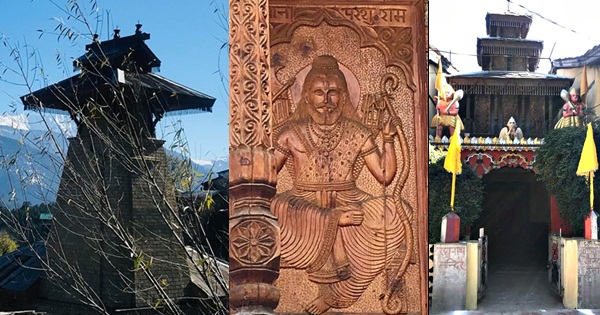 It has been 9 months in this Dev Bhoomi and I truly feel like a new person born from the womb of mother Parvati (valley). I came here in search for the cure-Cannabis which helped me and could help 30% plus of the population of Himachal Pradesh from Tuberculosis.

Little did I know I would be distant from the herb here and it would bring me closer to the Gods themselves. In the past few decades, Himachal Pradesh has lost its glory as the Dev Bhoomi. The once very well kept temples, shrines, springs which can be dated and linked back to Mahabharata era are in worst condition.

The constant pouring of “tourists” and not pilgrimage to such places have impacted the said surroundings badly. The path to caves and springs known for their healthy properties and attached with religious sentiments are usually cluttered with plastic water bottles, wrappers, and other non-biodegradable waste. 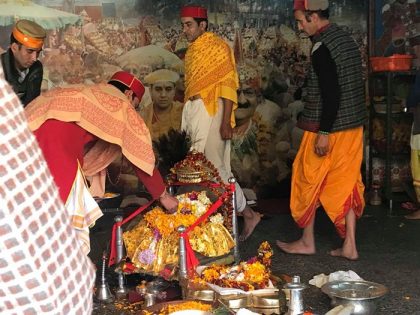 Having said that The Dev Bhoomi holds numerous gems.

Starting with Manikaran- It certainly is the crown of the cultural side of Himachal Pradesh. It is a very special place for Hindus and Sikhs with many legends.

For Hindus: Manikaran was Rishi Manu’s lab to create first man and woman after the floods, and he wrote wrote the Manusmriti for mankind.

Here is a video of puja and rituals at ancient Raghunath Temple of Kullu:

Shiva and Parvati stumbled upon this beautiful place and rested for years before heading to Kailash.

For Sikhs: Guru Nanak stopped at Manikaran before heading to Kailash and a hot water spring came out for him after he prayed for the langar.

This is just the beginning of this beautiful land but unfortunately as soon as you see Manikaran the first thing you notice is a large amount of plastic waste not being disposed at all! I am pretty sure this isn’t what Parvati stopped for. 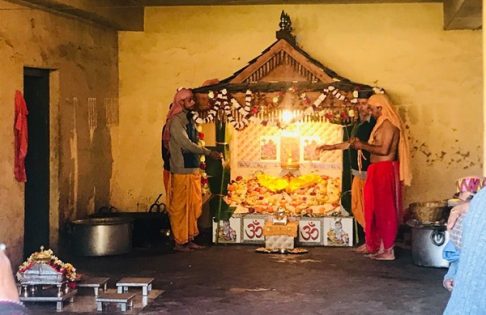 Ahead of Manikaran there is the beautiful trek of Kheerganga (literally meaning rice pudding Ganga). According to legend, Parvati dropped the rice pudding she made for Shiva at this place and there emerged a hot water spring. Needless to say just like other springs, even this spring has healing properties and funny enough the water of the waterfall even tastes sweet.

Next comes the very famous among Himachalis – their very own ‘Vaishno Devi Shrine. According to the legend, the Devi rested here before heading to Jammu and finding peace in Katra. 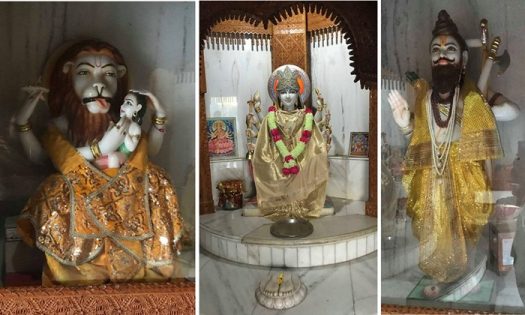 There are also many “mysterious” shrines and temples in this state. These are Jwala Devi, a temple which has non-stop burning fire/Diya/jwala which is so since 1000’s of years. Even attempts made by the evil Mughal rulers to extinguish it failed. It is one of the Shaktipeeths.

The famous Neem Karoli Baba set up a Hanuman shrine in Shimla which attracts many national and international followers. He was the Guru of the famous Ram Das who wrote “Be here now”.

Most of these temples were built after the locals or kings had visions of their gods asking to do the same. Like Tara Devi in Shimla. Another famous cave is known of Rishi Vyas in Shimla where he meditated. 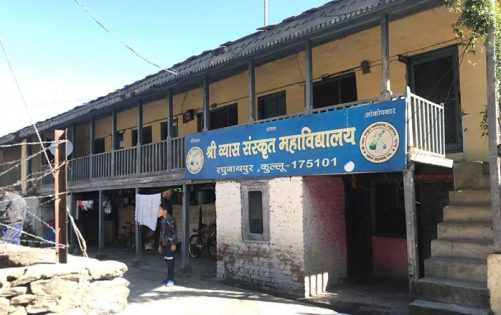 There are many temples and caves associated to the Mahabharata era here. Not a wonder as Kurukshetra is located at a distance of around 200 kms. Caves made by Arjun with Krishna idol near Prini is in ruins and with the last flood and landslide it’s shut with a massive stone.

Then comes my favorite city/village Manali. Manali is where it all began when the world came to an end. Rishi Manu after the first great floods saved all the species of animals, then created the first man and woman at Manikaran. I could feel the energies at this place, the ancient architecture, wood carvings speaks volume of the Viking like ship structure. Even Rishi Vashishth was a part of Manali and his temple which has a hot spring yet again with healing properties is close by. 1 + 1 = 2 is very easy when you’re an observer. 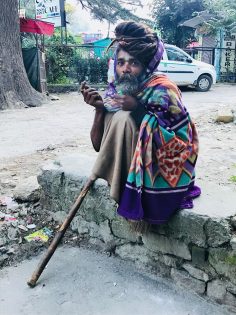 Then comes my personal favorite deity Ma Hadimba. The avatar of Shakti/Kali. An asura princess who stood up against the wrong even when he was her own brother. She was the optimum example of righteousness and hence she is given the status of a goddess. She was Bhim’s first wife, mother of his first born yet was kept away from all her rights. Ghatotkach was the best son, raised with love, care, strength and taught everything to be only sent 300 plus kms from here to Kurukshetra for fighting in the Mahabharata war by his father’s side. Both are given the similar love and respect like the rest of the Rishis.

And this is not the only connection, the locals have another deity who they pray to known as Jhumloo Devta, who is the father of Shri Parshuram. Parshuram is known to be a Chiranjeevi (immortal being). He was part of Mahabharata and Ramayana. He is an avatar still known to be alive who would train Kalki – Bhagwan Vishnu’s last avatar. 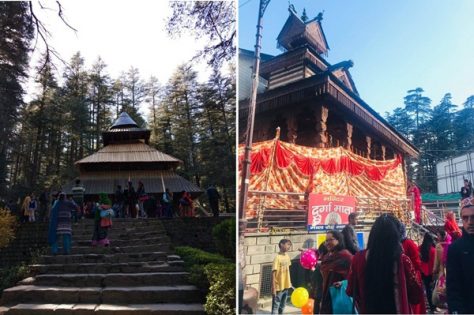 Even a famous temple where Hanuman stopped to rest/look for Sanjivini exists, known as Jakhoo temple. Goddess Sita’s famous ring which Hanuman gave to her in Lanka for recognition sits here in the famous Raghunath temple in Kullu where there are still priests from Ayodhya who do rituals.

I was blessed to attend one of them and see it with my own eyes. A miracle? NO! As I said 1 + 1 = 2. If one observes it is all scattered there, just needs to be put together. 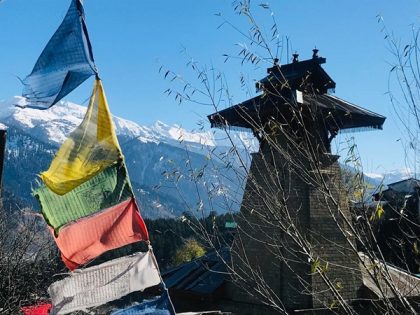 So how is all of this is not being used to build the state? You can’t build your future by forgetting the past. And hence the British always wanted to label our history as mythology. So we don’t know who we truly are, and what we are capable of.

Indologists and Archaeologists would literally kill for this place. But do we even know or want to know!