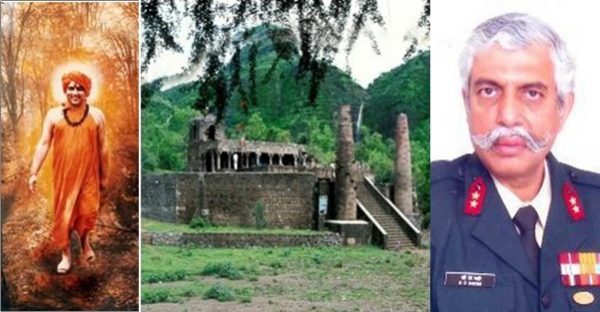 In August 2001, 13 Hindus (Dogras) including women and children were mercilessly killed by terrorists in Kishtwar. Another ethnic cleansing like that of Kashmiri Pandits in the making! He foiled this attempt. He used all the forces under his disposal to track down the terrorists and by September 2001 all the terrorists involved in this massacre were extirpated. There was no massacre of minorities after Sept 2001 in this region. The list of his heroic exploits for the nation goes on and on. We are delving about Maj Gen GD Bakshi. He often participates on TV debates and delivers lectures on public platforms. Daring! Eloquent! Forceful! Assertive! Sanguine! Upbeat! These terminologies best describe the persona of Maj Gen (Dr) Gagandeep Bakshi SM, VSM (retd.).

Do you know Maj Gen GD Bakshi is also a spiritually enlightened personality? It all started during his foremost years in the military service, when he was yet to be married. His posting in the Himalayan region facilitated his search for the quest of life, of searching for a Guru. He met many Gurus of his times then, but none could fulfill his thirst for the enlightenment he was seeking. He even wandered in the jungles of the forests and in the snowy peaks hoping to come across some Yogi, but in vain.  He also tried meditating on his own, but could never give shape to it.

Once while traveling in a train, on his way home during vacation, he chanced to meet an elderly gentleman. It was a coincidence, a chance meeting with the gentleman as well as a foreigner who came all the way to India to spend time in Kashi and experience the spiritual aspect of life. And he got the answer. He came to know about Swami Pranavananda of Patne Devi forest located in Chalisgaon of Maharashtra.

GD Bakshi decided to visit Chalisgaon, but that could happen only during a vacation, once in a year. Meanwhile, at home his family was pressurizing him for marriage. They knew about his search, about his quest for truth. And they were afraid that he might remain unmarried if he continued pursuing his spiritual journey.

But he was adamant. He wanted to meet Swami Pranavananda. If he missed visiting him during this vacation, he would have to wait for another whole year, for the next vacation. Hence he decided that before the vacation ends he would go to Patne Devi forest and meet the Guru.

Unfortunately, GD Bakshi had no money left in his pocket of the salary that he brought home. And he did not want to ask money from his parents to sponsor his trip to Chalisgaon, as they were already objecting to it. His mother was a devotee of Goddess Kali. He quietly went to the puja room, sat in front of the deity and prayed with a wish – “O Maa Shakti, if you really wish that I visit Swami Pranavananda, you will arrange the money for me.”

GD Bakshi had not even finished uttering the prayer wish when the door bell rang. It was a money order for him! It was from a colleague who borrowed money from him to pay the mess dues two years back. He had lost all hope that his colleague would ever return the money as repeat requests for returning the money had fallen into deaf ears. The general could not believe his eyes and ears! That money was more than enough to fund his trip. He got the answer. Even the deities wanted him to be there, to meet Swami Pranavananda! Maj Gen GD Bakshi said whenever he was a dilemma and in confusion, he always got the solution – the answer from the deities.

He felt nostalgic recalling his first visit to Patne Devi forest. When he met Swami Pranavananda, he got the answer. He was the Guru he was searching for all these years! And thus began his regular visits to the Guru’s ashram located in the dense forests of Patne Devi. An ancient temple of Goddess Shakti is located nearby. Under the Guru’s guidance, he was able to meditate.

Meanwhile, the pressure for marriage intensified. GD Bakshi decided that he would ask his Guru whether he should get married or not. He visited Swami Pranavananda. The Guru talked little. It was more of ‘Maun Vrat’ that the Guru and GD Bakshi followed. When he asked his Guru, he got a reply that he would get an answer automatically from the Devi, and not from him.

Gen Bakshi than stopped asking questions and began to meditate deeply. One day he had an intense experience of ecstasy. It was a kundalini arousal that brought the onset of Soma. But the experience abated and vanished. Gen Bakshi was desperate to experience that ecstasy again. He ASKED HIS GURU HOW TO MAKE THAT STATE OF ECSTASY PERMANENT. HE ADVISED HIM TO KEEP MEDITATING. That very night (it was an Amavasya – pitch dark night), he decided to go to the temple and meditate till that state of ecstasy became permanent. He went to the temple at dusk. An electric bulb illuminated the temple premise within. A flight of stairs led to the deity. GD Bakshi climbed up the stairs. He soon positioned himself in front of the deity and started meditating. He meditated non-stop for some 6-7 hours. Suddenly a bat’s wing hit his face in that old monument. He got up with a start. He thought of walking for some time and then resume his meditation with a fresh feel. He decided to meditate till dawn.

He climbed down the stairs. It was dark below. While searching for his slippers with a leg, he suddenly stepped onto a slippery object. The next second it bit him hard. It was a cobra snake! Blood started oozing out and in seconds his leg started swelling. He somehow limped his way towards the ashram and notified the boy who was entrusted to look after his needs. The Guru came to know about it. GD Bakshi used military methods of dealing with a snake bite. He got medical help several hours later, as the doctor was located far away from the forest.

It was a miracle. He survived a cobra bite of its deadliest poison. It was then that he got an answer from the Guru. Had the deities wanted him to pursue his spiritual journey shunning marriage, he would have been allowed to meditate for the rest of the night. The snake bite was a hindrance stopping him to meditate further that night in the temple premise. This meant he had family responsibilities to undertake in this life. He had to get married. 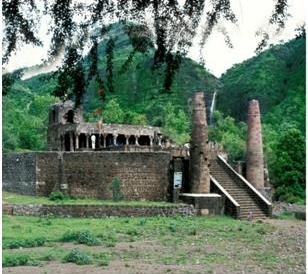 And soon after, his marriage took place. But he did not stop meditating. He continued visiting his Guru whenever he managed time. Maj Gen GD Bakshi has described his spiritual journey and his encounter with Swami Pranavananda, his experiences with his Guru, and lot more in his book Kalki Tu Kaha Hai, published by Garuda Prakashan.

About Swami Pranavananda, GD Bakshi says, “He was from Bengal but settled down in a forest in Maharashtra for his meditation. He was deeply attached to the Tribal people of the forest. He did amazing work for the Tribal people to integrate them in the Hindu Fold and prevent their being won over by the Maoists and Conversions under duress/ inducement. He worked hard to eradicate the evil of the caste system which is now tearing apart our country.” He continues, “We have to re-integrate the Forest tribes back into the INDIAN fold and cultural embrace. That is what our Guru sought to do all his life.”

The book also explores the ancient science of kundalini. In this regard, GD Bakshi says, “The kundalini finds no mention in the Vedas. They speak instead of a Kala-Agni (the energy of time) that rises and the Soma that descends to make our Being JOYFUL, creative and Brave. The 9th Mandala of the Rig Veda is devoted to Soma that descends from above and makes us joyful and creative. This happens due to the release of the neuro transmitters called Enkepahalins and Endorphins in the brain. That explains the ecstasy that our sages experienced and also our warriors in life-threatening situations or at the point of death. Please find new insights into Kundalini and Soma in this book. It synthesizes the Vedic Knowledge with the scientific outlook of the Tantras.” 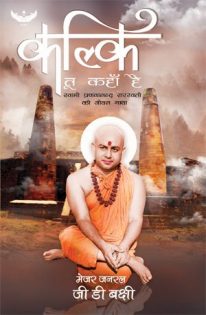 Kalki Tu Kaha Hai also talks of Madhu vidya – the science of Ecology, mentioned in the Brihadaranayaka Upanishad (Madhu sukta or the Wisdom of Honey).

GD Bakshi appeals the readers, “Do read this book; it will open new facets to the ancient science of kundalini. With this, we are trying to revive the tradition of Vedic Thought and Poetry by Translating Vedic verses into Hindi.”