Why Am I Critical of Free Market Economy? 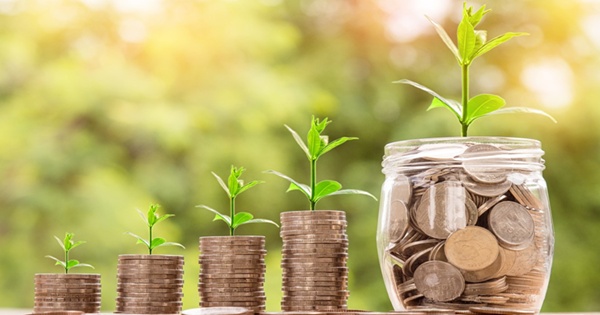 Why am I critical of free market economy? In one sentence: It is an unscrupulous and predatory system which sacrifices public interest on the altar of corporate greed.

Let me explain this with an example. The autism epidemic became evident in the 1980s. Data began to emerge which correlated autism with childhood vaccines. Pharma companies responded ruthlessly. They knew what potentially lay in store: liability and class action lawsuits necessitating paying huge compensations. Ronald Reagan, the darling of free marketeers, was the POTUS then. He immediately legislated to favor the big pharma. In 1986, he passed the NCVIA and declared, “No vaccine manufacturer shall be liable … for damages arising from a vaccine-related injury or death.”

What has this meant to autism patients? At the time the act was passed, over 5,000 parents were already fighting the pharma companies in the courts. Their case was thrown out. A decade later, the revelations of the CDC whistle-blower William Thompson demonstrated that the CDC research had noted a disturbing correlation: there was a 340% increase in the incidence of autism in children who had received MMR vaccination. The CDC stopped the research, cut off all funding for the analysis, and willfully set out to destroy the evidence which may have incriminated the pharma companies.

Autism can emotionally drain the family. It also drains them monetarily. There are approximately 5 million autistic children in the USA. It takes $ 1 million to raise an autistic child. This would translate into 5,000 billion dollars in the USA alone. Reagan, after absolving the pharma companies of any responsibility for the consequences of the vaccines they manufactured, created a fund of a meager 3 billion dollars – that too by robbing the taxpayers. In other words, autistic children where provided just 0.0006% of what they needed to survive.

If this is not a heartless crime against one of the most vulnerable sections of society, I do not know what it is.

Look at what the free market government has accomplished here:

1. It made vaccination practically mandatory for all children in America. A child’s vaccination should be up to date for admission to and continuation in public schools.

2. It empowered the pharma and insurance corporations to incentivize (i.e., bribe) the doctors and achieve the goal of vaccinating every child. The doctors persuaded, brainwashed, or bullied an incredulous parent who brought up the inconvenient question around the side effects of vaccines.

3. The CDC actively suppressed the data which showed correlation between vaccination and autism which would have potentially implicated the pharma companies. The CDC also precluded all further research and thus exposed millions of more children to the risk of autism.

4. What is a free market without a conniving free media? America’s media aided and abetted the pharma corporations by effectively suppressing any news about the correlation between vaccines and autism thus precluding the public from becoming aware.

5. As soon as the autism epidemic became evident in the 1980s, the government absolved the pharma corporations of any liability.

6. The government then looted the taxpayers and set up a useless token fund to provide for autistic children.

This is organized crime against humanity of which free market is guilty.

A. America designates itself a free market capitalism. Why should I privilege an opportunistic definition over the self-proclamation of the world’s largest economy?

C. Which country is a free market then? Not America. Not Europe. Is it some country in the Alpha Centauri? If there is no country that is free market how can you attribute any good in any country to free market principles?

In a gist, there is no difference between free market and crony capitalism in practice. Those are just two identities for the same ideology. That is why free marketeers do not vehemently protest (tokenism doesn’t count) when America legislates to protect its corporations against public interest. The same Ayn Randian free marketeers would be frothing at the mouth at socialists, Communists, or whoever calls for government intervention in developing nations because they perceive these ideologies as opposed to free market. If they had really thought crony capitalism is the opposite of free market, they would’ve invested similar amounts of energy to denounce what Reagan did – and what all other subsequent American governments have done since then. They have not.

Free market (a.k.a. crony capitalism) is one of the most vicious expressions of predation against the defenseless. That is why I denounce it. Some Hindus blindly support free market because they perceive it as the opposite of Nehruvian socialism. Some Hindus are opportunists and sense the opportunity to profit from free markets. Other Hindus just uncritically repeat the carefully generated and disseminated propagandist soundbite that free market is good for you. All of them should realize that free market is adharmic.