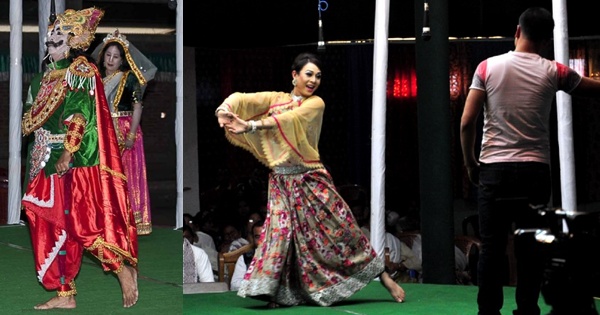 Akin to Bengal’s Jatra, Gujarat’s Bhavai, Maharashtra’s Tamasha, Karnataka’s Yakshagana and Nautanki of northern Indian states, there’s an art form that exists in Manipur – Shumang Lila. It is a theatre form that has existed in Manipur since 1850s as a popular mass media. If not better, it is an equally impressive art form in its effectiveness and artistic values.

Manipur, the land of beautiful dales and hills has enthralled a beholder to the vastness of the Almighty’s ingenuity. The land of the Lai-Haraoba, the Raas Lila, the folklore, myths & legends, dances, traditional theatre, the indigenous games and martial arts, exotic handlooms & handicrafts is indeed replete with nature’s mystique best. 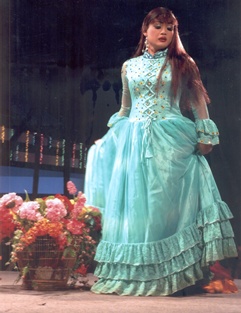 Without doubt, the community-based theme and style of this art form is the most popular mass media in Manipur. Since ages, Shumang Lila has succeeded in sticking to its commitment of taking the Manipuri society towards a progressive trail. Most of the themes of this local theatre are contemporary issues like social stigmas, state administration, rampant corruption, unemployment problems, and insurgency problems.

Religion is mainly the domain of the theatres performed in the sacred spheres such as the temples in Manipur.  But, Shumang Lila is performed in open places in the villages and the streets.

Shumang Lila i.e. Shumang (courtyard) and Lila (play) is generally performed in an area of 13/13 feet in the centre of open space-courtyard or playground or Mandap (pavilion). Performed in a very simple style without any set designing or heavy props such as curtain, background scenery, and visual effects etc. The art commands a very large rustic popularity among audience. However, the content of the plays do not lack in dignity. The only things used in this theatre genre are two chairs and one table kept on one side of the performance space. Its claim of being the theatre of the masses can be exemplified by the way it is performed in the middle of an audience. The stage is accessible to the audience from all sides with only one passage that serves as the entrance and the exit connecting the space with the green room. 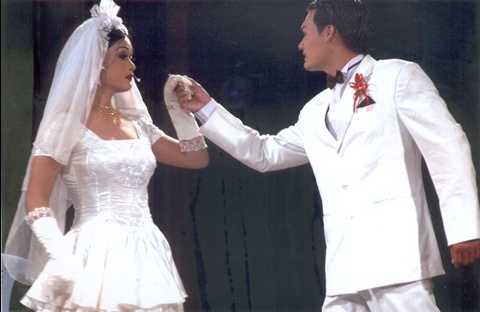 Shumang Lila is by and large, performed by a touring band of 12-13 professional artists. These troupes may be exclusively female or exclusively male. In case of Nupa Shumang Lila, the male characters are enacted by the female artists. What is most fascinating is the enactment of the female roles by male artists or nupishabi (male actress) in the case of latter. These male actresses are profusely popular and are the main attraction of any Shumang Lila. It can be performed anywhere for its style and it leaves scope for free intermingling with the audience.

The main objective of the Shumang Lila is usually to entertain people, and make them forget the enuui of their daily lives. It also acts as a media to educate and inform the people of the local and international issues.

I had the privilege of watching a play – Lidicigi Gulap, which took me back to a remote village in Europe during Hitler’s regime. I was enamoured by the beauty of the female characters in the play, and was equally astounded to know later that they were actually males in female costumes. Even the playback singer for the female character was a male. 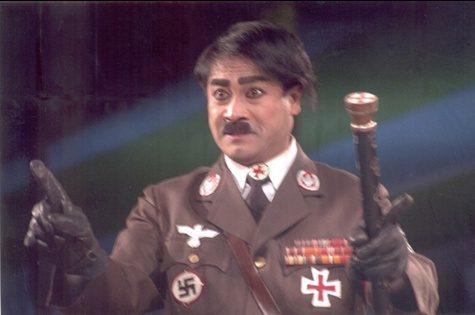 Not only were the role enacted by these male actors flawless, even the dances they performed left me spellbound. I even noticed a few guys amongst the audience drooling over these ‘beauties’. All the plays in this genre convey a message without being preachy. This play conveyed that message that today Hitler is no more, nor is there his fanatical beliefs but the message of the play is loud and clear, “War begets only sorrow and destruction.”

Unfortunately, the frequent civil disturbances in the state are taking a toll on this beautiful art form. Prominent Shumang Lila artist, Lai Ibotombi feels that creating awareness about this art form and performing these plays in various parts of the world is the need of the hour. “Let us pledge to promote Shumang Lila as a medium to spread peace in the world, rather than treating it just as a source of entertainment,” he concludes.

Nilakshi Handique is a technical writer by profession and a journalist/documentary scriptwriter by choice. Intrigued by the nuances of regional food and culture, she loves to tell the untold stories of North East India.