Debunking Fake Narratives on Manusmriti on Women; Here Are Facts 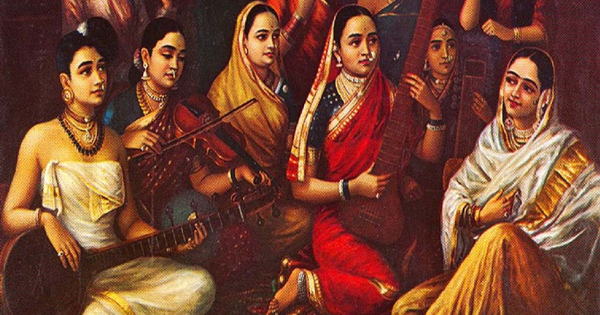 I found many anti-Dharma forces and confused persons using abusive language against Manusmriti. They were depicting Manu Maharishi as one who gave birth to caste system and that he was biased against women and womenhood. I found this propaganda more sort of political rather than social. So, here I debunk the various myths and fake naaratives pertaining to Manusmriti on women.

“I believe in that part of Manusmriti which is not interpolated (appended later) and is in accord with the Vedas.”

He concludes that the Manusmriti we read today is not as originally laid down by Swayambhu Manu, the first Chief of Humanity. As it now is, he found the text as self contradictory and against the values espoused in the Vedas, and hence injudicious. He therefore rejects those prejudicial texts which advocate discrimination against populations with alleged inferior status. Commentaries, interpolations, and additions have demeaned the essence of the Manusmriti. This is the same with other Hindu sacred texts.

Let us look up the text itself pertaining to women in Manusmriti.

3/56: Where women are honoured, there the gods are pleased; but where they are not, no sacred rite yields the desired result.

9/26: Women who bear (our) children secure many blessings (for the family and the society at large); they are worthy of worship, who suffuse (their) dwellings with prosperity; there is no difference between them and goddesses of good fortune.

2/138: Way must be made for a man in a carriage, one who is above ninety years old, who is diseased, who carries a burden, and for a woman, the learned, the king and for a bridegroom.

3/114: A person may offer food without hesitation, even before serving the guests in one’s house, to newly-married women, infants, the sick, and to pregnant women.

3/60: Where the husband is pleased with his wife and the wife with her husband, happiness will assuredly be lasting in such families.

3/62: Where the wife is radiant and happy, the whole house is heaven-like; but if she is unhappy, all will appear as hell.

3/59: Hence, men who seek (their own) welfare, should always honour women on holidays and festivals with (gifts of) ornaments, clothes and food (as desired by them).

3/55: Women must be honoured and well -adorned by their fathers, brothers, husbands and brothers-in-law, who desire (their own) welfare.

9/13: These six causes spell ruin for women : drinking (spirituous liquor), associating with wicked people, separating from their husbands, rambling abroad, sleeping (at unseasonable hours), and dwelling with other men.

3/57: Where the female relatives live in grief, the family wholly perishes soon; where they are not unhappy, the family ever prospers.

3/58: Houses perish completely, as if destroyed by magic, on which female relatives pronounce a curse, upon not being duly honoured.

9/28: Upon one’s wife alone depends the welfare of the offsprings, due and fruitful performance of religious rites, faithful service of all in the family, superior conjugal happiness and the blissful existence of our ancestors in heaven and of ourself.

4/180: Let no man quarrel with his parents, his female relatives, brothers, his son and his wife, and with his daughter and his servants.

8/389: Neither a mother nor a father, nor a wife nor a son shall be cast off; unless guilty of a crime causing loss of caste (or social status earned over one’s lifetime), he who casts them off shall be fined six hundred (panas).

9/131: The property of the mother is the share of the unmarried daughter alone and the son of an (appointed) daughter shall take the whole estate of (his maternal grandfather) who leaves no son of his own.

9/192: But when the mother has passed away, all uterine brothers and sisters shall have equal share of their mother’s estate.

Manusmriti on Marriage and Remarriage (of Women)

9/176: If she be (still) a virgin or has returned (to her first husband) after leaving him, such a woman is worthy to again perform the (nuptial) ceremony with her second (or first deserted) husband.

9/90: Three years let a damsel wait, though she is marriageable; but after that time let her choose for herself a bridegroom of her choice.

9/89: (But) the maiden should rather stay in (her father’s) house until death, though marriageable, than that be given to a man without good qualities.

8/28: In like manner, care must be taken of barren women and those who have no sons, as of those whose family is extinct, of wives and widows faithful to their lords, and of women afflicted with disease.

8/29: A righteous king must punish those relatives who appropriate the property of such females during their lifetime, as is due to thieves.

3/52: But those (male) relations who, in their folly, live on their woman’s property, their beasts of burden, carriages and clothes, commit sin and will sink into hell.

8/367: But if any man through insolence forcibly contaminates a maiden, two of his fingers shall be instantly cut off and he shall pay a fine of six hundred (panas).

8/352: Men who commit adultery with wives of others, the king shall cause to be marked by punishments which cause terror, and they shall be banished thereafter.

9/232: The king shall put to death forgers of royal edicts, those who corrupt his ministers, who slay women, infants, (learned) Brahmins, and those who serve his enemies.

9/96: Women were created to be mothers and men to be fathers; religious rites, therefore, are ordained in the Vedas to be performed (by the husband) together with the wife.

4/149: She must not seek to separate herself from her father, husband, or sons; by leaving them she would make both (her own and her husband’s) families contemptible.

Thus, Maharishi Manu speaks of wise and noble ideas for women and womenhood. Whatever misquotes we come across against women citing Manusmriti are from adulterated portion of th ancient text for which Maharishi Manu is nowhere responsible.