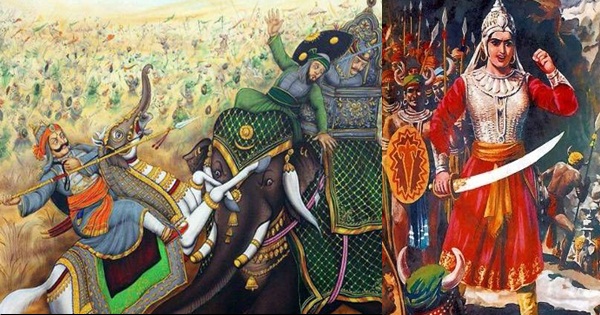 At the time of independence, India comprised of a total of 565 princely states and 17 provinces called British India. Stories abound as to how most of the British officers were upright and incorruptible, a trait rarely seen amongst Indians they said. Our foreign godfathers had also once predicted that while Pakistan would one day destroy itself through religion instigated vandalisms and genocides, India, on the other hand, would collapse due to rampant corruption. Half of that prediction is today inching towards fruition on the other side of the border.

History indicates that before the European conquerors had started on this part of the globe, the Indian sub-continent was commonly referred to as Jambudweepa, meaning the great island. Many amongst us today believe that it was the British who had given us the reasons to be called collectively as Indians, a fact that cannot be entirely denied.

Post-independence, the Nehruvian era held glorious promises as new India embarked on its journey for peace, progress, prosperity, liberty and equality. To bolster objectivity and scientific temper therefore, our ‘historians’ too embarked on their journey of re-writing history. Yes! Re-writing history. As it becomes clear after reading Saffron Swords written by Ms Manoshi Sinha. After 70 years of independence, we now know what that ‘objectivity and scientific temper’ has led us to. Today, we know by heart who our plunderers, looters, rapists and exploiters were. We know that we were slaves for almost a thousand years, but why only Akbar ruled a major part of India successfully, and that too for not more than 50 years, is nowhere justified against this “thousand-year Islamic rule” hypothesis. That Shahjahan was a debauchee, who barely managed to keep it together, has been conveniently overlooked. Aurangzeb, eulogised as the “Zinda Fakir” meaning walking saint, has been credited for making India the Golden Sparrow (Sone ki Chidiya), although how he single-handedly destroyed what his forefathers had painstakingly created has been left unexplained. For 70 years our conscience has been repeatedly drummed with half-baked falsities that our indigenous (read Hindu) kings were constantly squabbling with each other over petty issues, which kept us from uniting as a single force, yet why the Indian new year always got celebrated on the same dates throughout this “disintegrated landmass” has never been explained.  Our languages, dresses, cuisines and cultures have varied, but why we still all bowed down to the Trinity never discussed. Why Sage Agastya, who according to some records was from the Deccan, but revered across all cultures pan Jamboodweepa, never explained.

According to a British historian when the British had defeated the Mughals in Delhi and had marched into the city, the city’s denizens had cheered them instead of stoning them. The spirit, later on, labelled as cowardice by the new victors, and generalised as such for the entire sub-continent by these so-called “free thinkers” of the new nation, needless to say, no alternative interpretations were ever levelled in logical parlance, which only describes how lackadaisical and irresponsible our ‘historians’ have really been. Until the penning down of Saffron Swords and the other eye-opening recent works like it.

To elucidate through a small story, did you know that there was once a fruit seller in Delhi who had become a king? A lower caste born, robust physique, intellectually sharp and a keen learner, he exhibited signs of becoming a true leader early on. Hemu, a valiant and a just king, was defeated in battle by Bairam Khan, the general of the child Akbar when a stray arrow had accidentally hit him in the eye. The Mughal historians have described this great man with the lowliest of expletives. The Indian ‘historians’ simply chose to give him a passing reference.

Jhalkari Devi was born to lower caste parents. Such was her dedication, strength and single-mindedness that the Rani of Jhansi Laxmibai had recruited her to become the general of her women’s army wing. It was Jhalkari Devi who the British had shot at from behind, mistaking her for the Rani, killing her and her child who was riding pillion on her back. Another example of a shudra dawning the mantle of a kshatriya. Glorious references of Jhalkari Devi is found in the British archives, but she fails to find even a mention in our history books.

Rampyari Gurjar is another name that comes to mind. Ever heard of this great warrior who was instrumental in decimating the army of Taimur Lame while he was on his return journey after effecting the absolute heinousness on the streets of Delhi? All that our history books tell us are how the murderous hooligans had massacred innocents in the name of a religion. How his soldiers had kidnapped and raped our women. But how Taimur was destroyed was never mentioned. Rampyari Gurjar and the rest of the men and women who had come together transcending all castes on those fateful days had given such a deafening blow to Taimur Lame that he could somehow escape with his life with only a few soldiers. Taimur had died a few years later because he could not recover from the wounds inflicted by a warrior from the combined Hindu forces. Taimur’s historians have accounted for the battle, and the folklore of the land has been singing glorious hymns in their praise. But our history books remained silent.

All of the above tales of valor are well described in the book Saffron Swords by Manoshi Sinha.

The Bhils have also been valuable contributors in shaping the history of our land from times immemorial, but our history books never discussed them. Freedom fighters from all walks of life, transcending castes and religious barriers had once joined in against the European oppressors, but no one eulogised their extreme sacrifices. Children as young as 16, girls and boys from all across the sub-continent, brutally murdered and hanged by the British, their heinousness knowing no bounds yet sanctioned by their churches, have all been omitted from our books. To what end?

The Indian subcontinent is a place where more than a billion people live. Our population count vis-a-vis that of the rest of the world has always tilted against us. We are also one amongst the oldest civilisations still standing. Yet generalisations have been maliciously attempted to paint all the people of the subcontinent with a single colour, which any historian worth his salt should have vigorously countered. A complex mesh of thoughts, ideas, practices and believes that is India, no matter however mired by fractional motivations it has been, at least it deserved a more serious deliberation and research from our post-independence historians.

The Hindu society has been ridden with many evils. And as time passed we also managed to re-visit many of them, eradicating some decisively, some still surviving, deserving a similar fate. But just as not all ideologies can be called as all bad, can the summary battering of the Indian culture, thought and ethos that has stood the test of time, be justified?

The story of India has been one of glory, turning into doom, suffering oppression from foreign forces, thoughts and creeds, and recuperating from lost pride, a roller-coaster ride ever since Alexander had challenged Porus on the banks of the Sindhu. But again that was a distorted narrative. It was Porus who had defeated Alexander. And while most foreign invaders were looters and plunderers, some had also made India their home. Many of the Indian kings had also ventured out and expanded their political boundaries beyond the sub-continent like Ashoka and the Cholas. How else were the stupendous temples of Angkor Wat built in Cambodia? We have also been the original asylum givers, for example to the Zoroastrians from Iran, the Christians from Poland, etc. None of which find mention in any of our textbooks.

Free thinking became a fashion during the later part of the medieval era in western societies since machines started dominating their lives bringing with it its own economic complications. Starting with Marxism, which had once called out to the proletariats to unite for equality to the present-day libertarian’s calls for equality of the classes and genders, the conversations, fights and the brickbats have remained the same. A little wakeful reflection however indicates today that the erstwhile revolutionists should have restrained from summarily discarding the entire gamut of our old wisdom and knowledge. Particularly those painstakingly handed down through generations in India, those which have stood the test of time. Old is gold, they say. How wrong is the saying?

Real history tells us that we Indians are not losers or the conquered ones. Our indigenous ideologies cannot be summarily shunned and shamed. We are a land where great depths of thought and ideology have always prevailed. We have always been tolerant and forgiving, yet fierce and brave capable of extreme sacrifices when time demanded. We are a culture that pleasures in diversity and basks in knowledge, hence our tolerance towards other faiths and beliefs. We are a culture with a glorious legacy of great thinkers, warriors, saints and mystics. We are the descendants of the great king Bharata.

In Saffron Swords, Manoshi Sinha has portrayed a glorious compilation of stories of historical valor that were, up till now, only heard in folklores, or in books not considered to fall within the mainstream schools of thoughts in India, or never heard at all. Stories on how local heroes had once defended their land and their belief systems, from oppression and annihilation. Stories which had surprisingly not found mentions in any of our school books up till now. Saffron Swords — the name itself promises a bold and a no-nonsense indulgence, bringing me to an instant state of intrigue.

Maneesh Guha is an advertising professional, musician by hobby, and citizen journalist.

Ramayana is True; Why History Needs to be Rewritten to Fill the Missing Gap