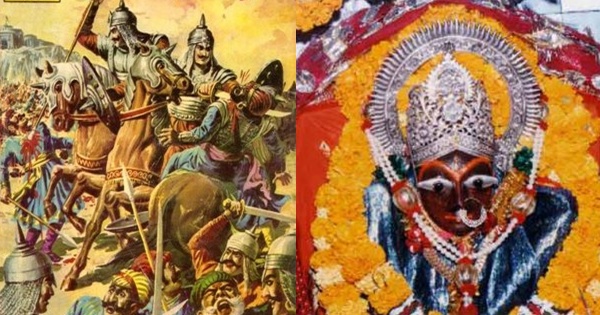 Have you ever listened to the ballad that revolves around Alha’s devotion to Goddess Sharda Maa of Trikuta Hill, Maihar?

Alha was a general of the Chandel king Paramardideva of Bundelkhand of the later 12th century. His father Dasraj was also a successful commander of the same Chandel king. Alha and his brother Udal’s saga is immortalized in folklores and history, for their valor in protecting Mahoba, the region they were entrusted with, from enemies. 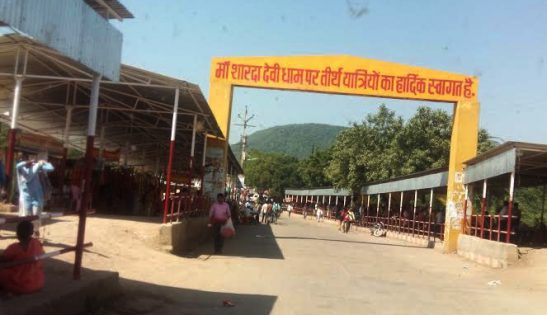 Local folklores plenteously glorify Goddess Sharda Maa’s bond with Her devotees. It is said that wishes of every devotee who visits Sharda Maa get fulfilled. The king of Maihar erected a temple at the hilltop after the Goddess appeared in his dream and told him about Her presence at Trikuta Hill. Stairs leading to the temple from the base help devotees climb to the shrine without hassles.

According to legend, Lord Shiv, carrying the body of the dead Sati, happened to walk by this region. The necklace (har) of the Goddess (mai) fell at this place. Hence the name ‘Maihar’, which means ‘necklace of mother’! Excavations at this region corroborate the existence of this town dating back to the Paleolithic Age. 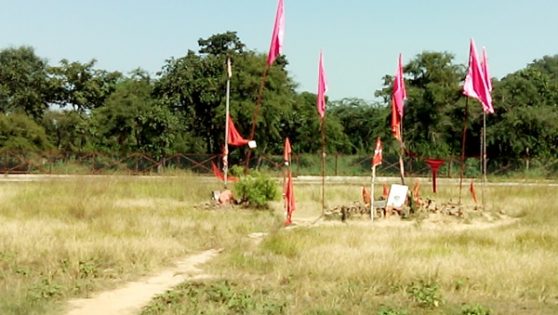 Alha did penance for 12 long years to win Sharda Maa’s blessings. At the end of his 12-year penance, Maa Sharda appeared in his dream and asked for his head as sacrifice. He told his fellow generals and the king about his dream. They forbade him, not to follow Maa Sharda’s demand. Alha, not paying heed to their advice, offered his head with his sword as sacrifice to the Goddess. Maa Sharda, pleased, blessed him with life. She blessed him with valour, strength, and immortality.

Behind the Sharda Maa Shaktipeeth temple and downhill is located a pond where the Mahoba warrior was believed to have taken bath before offering prayers to the Goddess. At a distance of 2 km away from the pond, there is still an akhara (wrestling ring). It is believed Alha and Udal practiced kushti (wrestling) in this akhara hundreds of years ago. 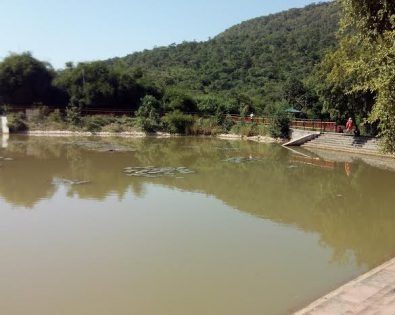 It is believed Alha visits Sharda Maa shrine to offer his prayers at dawn, the proof of which is visible everyday when the priests open the locked door of the temple. CCTV cameras inside and outside the temple fail to prove the mystery! Footprints, fresh flowers, and other paraphernalia suggesting offering of prayers are visible every morning before sunrise within the locked temple room!! This mystery is still unsolved.

Alha’s exploits find mention in Prithviraj Raso and the Bhavishya Purana. He fought Prithviraj Chauhan in 1182 CE. He is immortalised in the Alha-Khand ballad. Karine Schomer in South Asian Folklore has depicted the Bundelkhand warrior as:

“Originating in the Bundelkhand Region. it (Alha) recounts the intertwined fates of the three principal Rajput Kingdoms of North India on the eve of Turkish conquest (late 12th century C.E.); Delhi (ruled by Prithviraj Chauhan), Kannauj (ruled by Jaichand Rathor), and Mahoba (ruled by Chandel king Parmal). The heroes of the epic are the brothers Alha and Udal retainers of the low social status, but exceptional valour, whose cause is the protection of Mahoba and defense of its honour. Called the “Mahabarata of the Kaliyuga”, Alha both parallels and inverts the themes and the structures of the classical religious epic.”

“The (Alha) cycle consists of fifty-two episodes in which the heroes confront enemies of Mahoba or the resistant fathers of prospective brides. It ends with the great historical battle between the kingdoms of Mahoba and Delhi, in which the Chandels were annihilated and the Chauhans so weakened that they could not resist the subsequent attack of the Turks.” 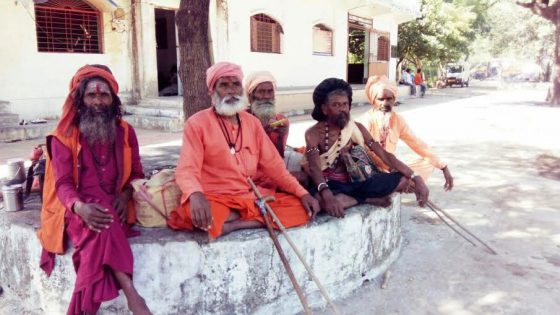 Sadhus in the premises of the Alha pond