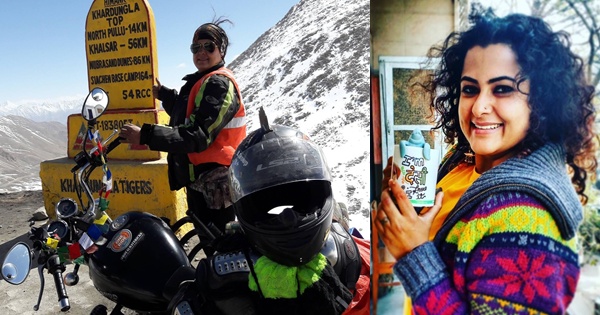 How many of you, as a woman, triumphed all alone in a man’s world? Alone in a Royal Enfield, biking along a treacherous terrain, traversing hundreds of kilometers through unknown roads? Delhi lady Vidhi Malla Ohri did it, alone, biking all the way from Delhi to Leh and back.

Her experience has been both humbling and uplifiting. All throughout the journey, Vidhi had the fear of being a solo woman travelling alone but she received tremendous help from both local people and the army. There were many things that she had to face including losing her mobile phone, the tyre of her bike giving away and finally the nail in the coffin – her accident at Khardungla. But she did not look back! She emerged a stronger woman. 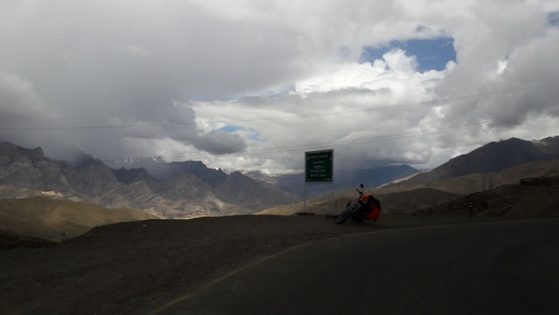 When Vidhi planned for her solo biking trip to Leh from Delhi, she was more discouraged than encouraged. Indeed it is the way how the world naturally reacts! While few cited difficulties that she might face on the way, few told her that she should not attempt it alone. But Vidhi was all the more determined to do it. And she had this feeling that she CAN.

The idea about planning a solo biking trip to the paradise on earth Leh stemmed from an incident. Someone once told her, ‘a woman cannot handle long rides’. Since that day, she tried to prove it wrong. And she indeed proved it WRONG! This sentence had a positive impact on her, helping her successfully complete her solo biking trip from New Delhi to Leh and back, covering a distance of over 2500 km. 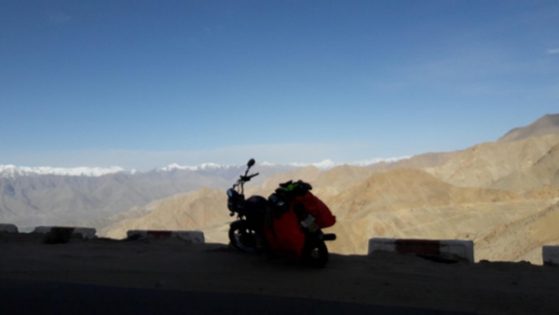 June 18th – To Khardungla then back to Leh; then to Pang 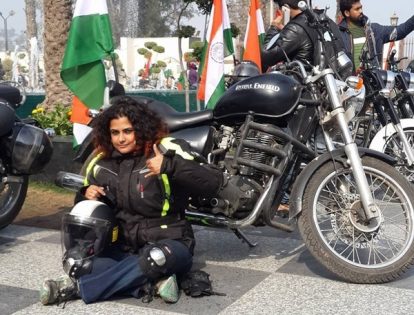 Things that Vidhi learnt at the end of the trip varied from ‘never shying away from asking for help’ to ‘falling multiple times and never giving up’. She felt it amazing how it transformed her as a person. She had put her mind to the ultimate test and during the trip nearing Leh, her body wanted to give up because of the cold, but her mind pushed her forward to reach her destination. At Leh, she appeased her appetite, relishing on various local delicacies including the thupka at a little eating joint at the Main Market. She made friends with citizens of the locality besides chilling in and around the exquisite snowy hilly town.

Vidhi says, recollecting a moment somewhere on her way to Leh, “Even the massiveness of the mountains seems to be covered by the beautiful clouds. One can never know what beautiful secrets the future has to offer.” 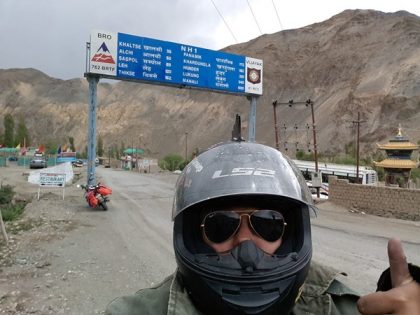 She narrates another of her solo biking experience when she reached Khardungla Pass, Leh, at an elevation of 5,359 m. She says, “This is perhaps my most emotional motorcycling experience!  It breaks you, it hurts you, it challenges you to become stronger than you believe you are and when you finally meet this mighty giant, you know you have in you, more than you ever thought!”

By the time she reached this spot, she fell more than a dozen times, had a freak accident, wept like a child but in the end, she knew she had it in her not to surrender to defeat. She was drenched and shivering when she conquered Pass 3, but she loved every second of it! Her father’s 30 year old raincoat helped her beat the rain!

She considers her Royal Enfield as her loyal friend and protector, naming it Leo, after her first canine child. She says she would have not been able to pull Leh off without it. Ryan Hurst had said that, ‘a motorcycle is an independent thing’ and she truly believes it is so!

While on her way back, she felt her calling to reach home was so strong that rivers did not matter! She took limited breaks to cool off her bike and her brain! The need to be home was too strong and honestly she did not realise how long the distance was. She says, “Only you can and should decide your limits because more often than not, you will be surprised with your own spirit.” 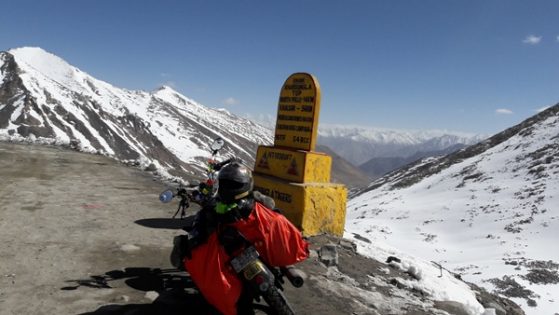 Vidhi Malla Ohri is an entrepreneur, running a successful business in petcare called PawTales, founded in 2015. She always had pets and one of the major challenges she and her family faced with them were unavailability of trustworthy places or people who they could leave their pets with in their absence. This meant that at least one family member had to be home to look after the canine kids. Hence, she started a centre where people could leave their canine kids without stress.

PawTales is a place with ample space and love for the canine kids to make them feel at home and provide them with the care they need. The pets are constantly monitored and never tied. PawTales aims to provide a safe haven for canine kids when they are away from home. 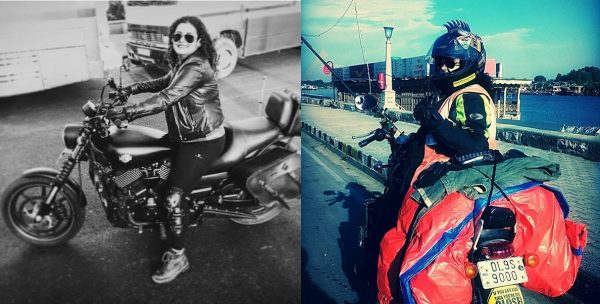 Married to Saurabh Ohri, Vidhi is also a freelance communications specialist and content creator. A second generation Kashmiri Pandit, she was born and brought up in New Delhi. Her parents and grandparents are Kashmiri migrants.

Vidhi has undertaken group biking ventures with fellow women bikers. She headed the India Chapter for Women International Motorcycling Association (WIMA), which is a global group for few months. This motorcycle club was established by Louise Scherbyn in 1950 in the United States. More power to this brave lady! 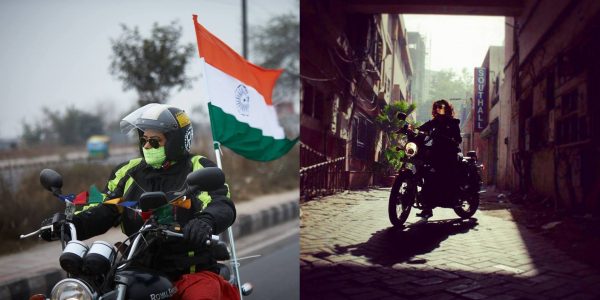