Everything You Need to Know about Dengue Fever 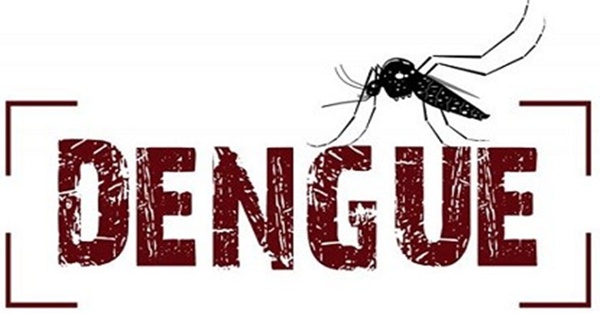 Dengue fever, also known as breakbone fever, is a mosquito-borne infection that can lead to a severe flu-like illness. It is caused by four different viruses and spread by Aedes mosquitoes.

There are currently no vaccines. The best method of prevention is to avoid mosquito bites. Treatment is possible if diagnosis occurs before the patient develops DSS or DHF.

The Centers for Disease Control and Prevention (CDC) estimate that 400 million people are infected each year.

Dengue is transmitted by the mosquitoes Aedes aegypti and Aedes albopictus, which are found throughout the world.

Around 2.5 billion people, or 40 percent of the world’s population, live in areas where there is a risk of dengue transmission.

Dengue is endemic in at least 100 countries in Asia, the Pacific, the Americas, Africa, and the Caribbean.

Symptoms usually begin 4 to 7 days after the mosquito bite and typically last 3 to 10 days.

Effective treatment is possible if a clinical diagnosis is made early.

Symptoms vary depending on the severity of the disease.

Symptoms can appear up to 7 days after being bitten by the mosquito that carries the virus. They include:

body rash that can disappear and then reappear

pain behind the eyes

At first, symptoms of DHF may be mild, but they gradually worsen within a few days. As well as mild dengue symptoms, there may be signs of internal bleeding.

A person with Dengue hemorrhagic fever may experience:

bleeding from the mouth, gums, or nose

damage to lymph and blood vessels

internal bleeding, which can lead to black vomit and feces, or stools

a lower number of platelets in the blood

small blood spots under the skin

Without prompt treatment, DHF can be fatal.

DSS is a severe form of dengue. It can be fatal.

Apart from symptoms of mild dengue fever, the person may experience:

sudden hypotension, or a fast drop in blood pressure

Without treatment, this can result in death.

Dengue is a virus, so there is no specific treatment or cure. However, intervention can help, depending on how severe the disease is.

A high fever and vomiting can dehydrate the body. The person should drink clean water, ideally bottled rather than tap water. Rehydration salts can also help replace fluids and minerals.

2.Painkillers, such as Tylenol or paracetamol:

These can help lower fever and ease pain.

Non-steroidal anti-inflammatory drugs (NSAIDs), such as aspirin or ibuprofen, are not advised, as they can increase the risk of internal bleeding.

Hospitalization will allow the individual to be properly monitored, in case symptoms get worse.

The signs and symptoms of dengue fever are similar to some other diseases, such as typhoid fever and malaria. This can sometimes delay an accurate diagnosis.

The doctor will assess the symptoms and the person’s medical and travel history, and they may order some blood tests to confirm the diagnosis.

No vaccine can protect against dengue fever so far.

Only avoiding mosquito bites can prevent it.

Anyone who lives in or travels to an at-risk area can use a number of ways to avoid being bitten.

If you are spending time in a tropical region, use mosquito nets that are treated with insecticide.

A.Clothing: Reduce the amount of skin exposed by wearing long pants, long-sleeved shirts, and socks, tucking pant legs into shoes or socks, and wearing a hat.

B.Mosquito repellents: Use a repellent with at least 10 percent concentration of diethyltoluamide (DEET), or a higher concentration for longer lengths of exposure. Avoid using DEET on young children.

C.Mosquito traps and nets: Nets treated with insecticide are more effective, otherwise the mosquito can bite through the net if the person is standing next to it. The insecticide will kill mosquitoes and other insects, and it will repel insects from entering the room.

D.Door and window screens: Structural barriers, such as screens or netting, can keep mosquitos out.

E.Timing: Try to avoid being outside at dawn, dusk, and early evening.

To reduce the risk of mosquitoes breeding in stagnant water turn buckets and watering cans over and store them under shelter so that water cannot accumulate.

Dr. Das Partha Sakha is an MD in Internal medicine and a Cert. Diabetician.

All You Need to Know About Diabetes, its Symptoms, Diagnosis, Prevention and Management

Everything You Need to Know about Stroke

Everything You Need to Know about Diabetic Neuropathy