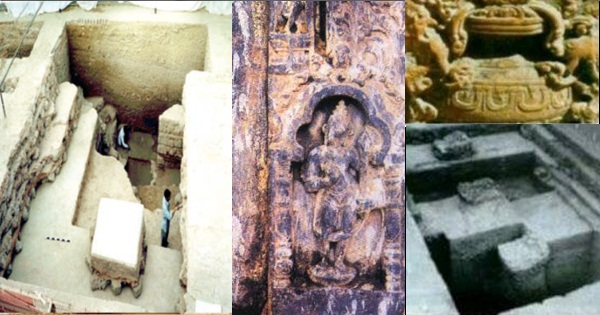 Tarikh par tarikh, tarikh par tarikh! Sunny Deol’s ‘reel life’ dialogue from the film Damini does reverberate in real life too. Date after date, the verdict has been awaited in the Ram Mandir issue. And the wait isn’t over. It started on January 29, 1885 with the first lawsuit being filed by Raghubar Das, the Mahant of Ram Janambhoomi against the Secretary of State for India in Council to build a temple at the Ram Chabutara spot. And then the series of ‘tarikh par tarikh‘ by the Supreme Court!

It was in 1853 that two groups of Hindus and Muslims clashed over the Ram Janambhoomi site of worship in Ayodhya. A series of lawsuits were filed, the first by Raghubar Das as aforementioned. After independence of India, the first lawsuit was filed after 1949. Nirmohi Akhara, in the year 1959, claimed the disputed site by filing a lawsuit.  In 1961, the Uttar Pradesh Waqf Board also filed a case in court seeking possession of Babri Masjid. It was on September 30, 2010 that the Allahabad Court distributed the disputed land into three parts, giving each to Ramlalla Virajman, Nirmohi Akhara sect, and the Sunni Central Wakf Board, UP. But on May 9, 2011, this order was challenged before the Supreme Court and the verdict was stayed.

What is the truth about Ram Janambhoomi site in Ayodhya? The genuine question here is – Are there remains of a temple under Babri Masjid? It is a BIG YES! And the truth of this statement is corroborated by none other than Archaeologist KK Mohammed. He was the Regional Director (North) of the Archaeological Survey of India (ASI), and currently the Project Archaeological Director for Aga Khan Trust for Culture. In an article published in Organiser, KK Mohammed revealed startling facts about the archaeological findings at the Ram Janambhoomi site in Ayodhya.

To quote the introductory note of the Organiser report where his article was published, “The spirit of Ramajanmabhoomi movement is based on the crucial premise that the disputed structure was created after dismantling the Temple. Even before the movement the archaeological exercise was undertaken. The archaeological evidence collected by Prof Lal and his team, of which Dr KK Mohammed was a part, confirmed the presence of a huge pre-existing temple beneath the disputed structure. In his book, Njan Enna Bharatiyan, originally written in Malayalam, Dr Mohammad elaborated the whole process in this scientific exercise of revisiting history.”

It is no surprise that Islamic invaders destroyed thousands of temples and build mosques in many of those temple sites using materials of the broken structures. While there are hundreds of external evidences visible, in hundreds of cases, the evidences can be found buried underneath. And Babri Masjid site falls in the latter category.

KK Mohammed extensively surveyed Ayodhya in 1978 as an archaeology student as a member of a team headed by Prof BB Lal. There were twelve students of School of Archeology Delhi and officials of the ASI. The surveying team spent around two months in various explorations in Ayodhya.

The Babri Masjid, named after Babur, was built by Mughal Commander Mir Baqi following the orders of Babur in 1528–29 on a hill called Ramkot (Rama’s Fort). The site originally hosted a temple (it is still disputed whether the temple was of Shri Ram). Alf Hiltebeitel’s book Rethinking India’s Oral and Classical Epics: Draupadi among Rajputs, Muslims, and Dalits finds mention of Ramkot as Rama’s Fort – the central site of Ram Janambhoomi, the sacred land of Rama’s birth and about this place being discovered by Raja Vikramaditya. His research further quotes Peter van der Veer’s book in justification. In KK Mohammed’s own words, “Mir, the chief of the army of Babar constructed this mosque using remnants of a temple which was either demolished by him or was already demolished by someone else.” In the article in Organiser, which is an excerpt from his book Njan Enna Bharatiyan, KK Mohammed starts the article with the following, “This is not to offend anyone’s religious sentiments and thereby, encourage someone else’s sentiments. This should not be used for any such purpose either.”

1. There were brick foundations that supported the pillars of a pre-existed temple.

2. Temple-pillars, made of black stone Black basalt), were embedded on the walls of Babri Masjid.

3. Poorna Kalashas are found engraved at the bottom of the pillars. A poorna kalasha is a pot topped with a coronet of mango leaves and a coconut. The Vedas find mention of poorna kalasha as a symbol of abundance and ‘source of life’. It is part of daily worship in many a temple/home. No ceremonies like Griha Pravesh, etc. is complete without the poorna kalasha. Most existing temple pillars and walls have the poorna kalasha motif engraved in them. What does this motif in the pillars under Babri Masjid prove?

4. There were fourteen such temple pillars before the mosque was demolished in 1992.

5. Brick platforms on which the black stone pillars used to rest, were found during excavations at the back and sides of the mosque.

Based on the above findings, KK Mohammed ‘made a statement in 1990 that there existed a temple beneath the Babri Masjid’. To further quote KK Mohammed, “But a few Leftist historians allied themselves with the confrontationist Muslims and distorted the matter.”

1. 263 temple related artefacts were found during leveling of the front yard of the Babri Masjid as per report submitted by Dr Ragesh Tiwari, Uttar Pradesh Archeology Director.

2. Stone plaque called Vishnu Hari Shila was found at site during demolition. Inscription in Nagari script in Sanskrit in this stone plaque mentions about the temple being dedicated to Vishnu (A single temple complex in ancient and medieval India hosted several temple dedicated to different deities.)

3. Small clay statues of Vishnu’s Avataras including statues of Shiva, Parvati, and other deities from the Kushana period dating back to 1st century CE were found during excavations in 1992.

4. Over fifty brick foundations that once supported the temple pillars were found during excavations in 2003.

Following the directions of the Allahabad High Court, the ASI conducted an in-depth excavation of Ram Janambhoomi site from 12 March 2003 to 7 August 2003. The survey during excavations resulted in 1360 discoveries. Based on its findings, the ASI submitted a report to the court. As per the summary of the report, remains of a 10th-century temple were found under the mosque. According to a Tribune India news report, ‘The Archaeological Survey of India (ASI), which carried out an excavation in Ayodhya, has claimed to have found a 10th century temple beneath the Babri mosque site in its report which was made public by the Lucknow Bench of Allahabad High Court…’ As per a rediff.com report, ‘The excavation began on March 12 on the acquired land on the high court’s order and by August 7, when it ended, the ASI team had made 1360 discoveries, sources said.’

Ayodhya! This was the place where Shri Ram was born. This was the capital of the Kosala kingdom since Treta Yuga where the Ikshvaku dynasty flourished. The Ramayana is history, not mythology. Shri Ram existed. And so was Ram Rajya. It is but an irony that Shri Ram Janambhoomi, the birthplace of Shri Ram, dating back to thousands of years, is today a disputed territory and tried by Court! According to historical records, Brihadbala was the last king of this dynasty, born 32 generations after Shri Ram. The region was under the influence of Raja Vikramaditya for some time under whose patronage several temples were built. And then Buddhism gained a strong foothold. Many ancient temples and those built during medieval era across India were destroyed by Islamic plunderers as aforementioned. And Ayodhya is no exception!

Here is a video of a talk by historian and political scientist Meenakshi Jain on Ram Janambhoomi organized by Srijan Foundation. Meenakshi Jain is the author of the history textbook Medieval India by NCERT that replaced a text by Romila Thapar, challenging the leftist approach to History. She has authored Rama and Ayodhya, a book on Shri Ram’s historicity, popularity, and the Ayodhya dispute.

Ram Setu is manmade, not natural. It was built by Shri Ram’s Vaanar Sena. A section of political leaders, especially from the Congress and DMK, even supported creation of a proposal to break the Ram Setu for the purpose of creating an easy trade route. It was because of a petition filled by Dr. Subramanyan Swamy in the Supreme Court that the attempt for destruction was interrupted and stopped. The Congress even submitted an affidavit that Shri Ram’s existence cannot be corroborated. Ram Setu, also called Adam’s Bridge that once connected India with Sri Lanka is manmade, not natural, as claimed by Geologists. This bridge finds mention in the Ramayana and other ancient Hindu scriptures. A promo show ‘Ancient Land Bridge’ featured by a US channel revealed findings by scientists of the Indiana University Northwest, University of Colorado Boulder, and Southern Oregon University that ‘the rocks on top of the sand bar are 7,000 years old whereas the sand bar is only 4,000 years old’ which means, ‘the rocks had been brought by someone and placed on the sand bar for making the bridge, i.e. the Ram Setu.’

When there are enough archaeological evidences to prove the existence of a temple beneath the mosque, why is the Supreme Court taking so long to deliver a judgment?