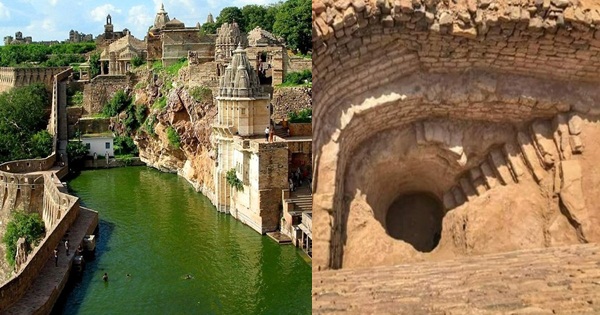 Were floods and drought regular occurrences in ancient India? Of course a big Yes! But ancient Indians implemented effective solutions to tackle these. Every region exploited its own traditional water harvesting techniques, harvesting every drop of rain water. Water harvesting has been practiced since time immemorial, which also finds mention in our ancient scriptures. Hindu religious texts mention about Narad Muni visiting different kingdoms on earth and enquiring about the state of water bodies and whether the water was enough for the residents as well as animal population.

The concept of water conservation was imbibed into the cultural fabric, also revering water as a goddess. Such was the harmony between humans and Mother Nature. Recently, I came across a video of a South Indian region wherein water gradually filled up and flowed through a dry river base and scores of local residents bowing down and offering prayers to the approaching water. Revering the water goddess is not a new tradition but a legacy passed on to succeeding generations since antiquity. 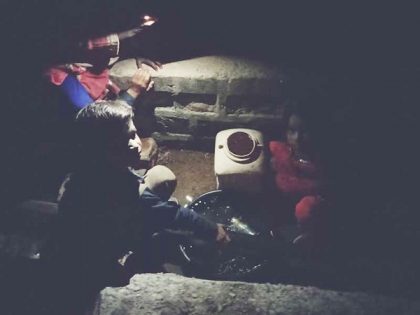 Today, women in drought prone areas walk several kms to collect drinking water or queue for water before taps and hand pumps. Farmers surrender to nature’s fury unable to get a good yield, leading to debts and suicides. Engineers and architects of modern India are designing innovative techniques to tackle these situations. But neither are these techniques effectively implemented nor are the few implemented technologies fully successful.

Chanakya’s Arthashastra mentions volume about India’s ancient water harvesting techniques and irrigation systems. Chanakya lived around 1500 BC as per Vedveer Arya’s The Chronology of Ancient India. A scholar, Chanakya became the patron of Chandragupta, an illegitimate child of a Nanda king, helping him become king of Magadha around 1516 BCE after getting the last tyrnanical Nanda king killed. The Mauryan empire was one of the largest of empires in ancient Bharat with boundaries  stretched to Assam in east, Himalayas in north, Balochistan and Afghanistan in west, and touched the southern boundaries. Arthashastra describes in detail about water channels, dams and bunds for irrigation including water storage and supply systems of the vast Mauryan Empire. These were well managed and subject to stringent rules and regulations. 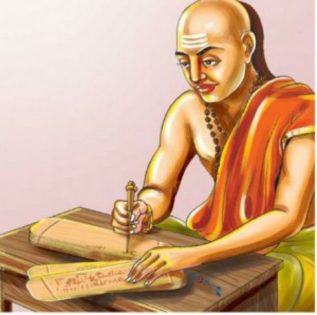 Arthashastra by Chanakya mentions how different tax slabs were levied on cultivators based on type of water used for crops. For example, for water drawn from natural sources, tax levied was 25% of produce. For water drawn manually from storages, it was 20%; for water drawn by bullocks, it was 25% and for water diverted to crop fields through channels, it was 33%. Exemptions were given to those who improved their irrigation facilities. Besides, cultivators and general residents were allowed to build water bodies like reservoirs, bunds and tanks for which the owners enjoyed tax exemptions for a particular time period. They could even sell or mortgage the water storage and supply systems they owned! A set of water rules were applicable and those who violated the rules were subjected to severe punishments including even death. For example, anyone/groups who broke a tank full of water or a reservoir was awarded death penalty. Causing damage to neighbor’s lands, parks, gardens etc. due to overflow of tank water also led to punishment of the owner. Do such laws exist in India today? For the smallest to biggest of offences of any kind, justice gets delayed for years together and remains pending in courts!

In January 2018, Hindustan Times published a report on how villagers of Magadh revived the dilapidated network of pynes and ahars to deal with water crisis. As per the report, “Ancient Mauryan engineering has brought water back to the undulating and rocky terrain of Magadh, the grain bowl of Bihar that had turned almost entirely arid because of abortive modern irrigation policies”……”Pynes are channels carrying water from rivers. Ahars are low-lying fields with embankments that act as water reservoirs. This combined irrigation and water conservation system dates back to the Mauryan era that flourished in Magadh 2,000 years ago.” 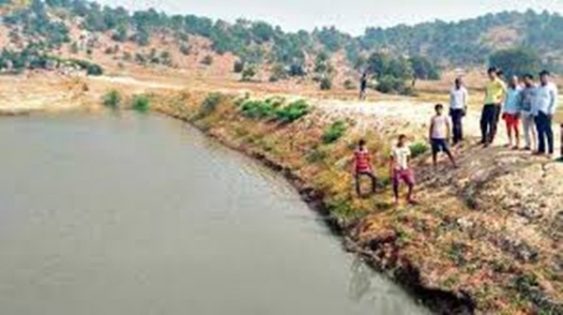 A check dam built by villagers along with Maghadh Jal Jamaat near Sijuaghati in Imamganj-Dumaria area; Image courtesy and info of image: Hindustan Times

The Satvahanas who were earlier feudatories under the Mauryans as mentioned in a fragment of the 6th pillar edict of Asoka ruled from 830 BCE. As per Vedveer Arya’s The Chronology of Ancient India, Simuka laid the foundation of the Satvahana empire around 830 BCE. This empire comprised Telangana, Andhra Pradesh, Maharashtra including parts of Gujarat, Madhya Pradesh, and Karnataka. The Satvahanas introduced brick and ring wells.

The Pandyas and Cheras of southern India patronized lake and well irrigation. They also built irrigation tanks and large irrigation structures across the Vaigai and Cauvery rivers. The Pallavas expanded the existing irrigation system to the benefit of cultivators and general residents alike. Tamil Nadu has remnants of huge tanks built during this period for tapping rain water.

The Cholas introduced advanced irrigation systems that led to creation of vast wealth in the Deccan region. Chola King Karikala built the Grand Anicut across the river Cauvery to divert water for irrigation. It is still functional today. Anicut is a dam made in a stream for maintaining and regulating irrigation. A number of tanks with connecting channels were built across rivers and streams. The Cholas also built weirs across the same path.  Weirs are low head dams that act as barriers across the horizontal width of a river. They alter the flow of water, flowing freely over the top of the crest before cascading down to a lower level. These two advanced systems of water conservation and management resulted in abundant water availability and facilitated flexible distribution of water in crop fields.

During 8th century, Raja Lalitaditya Muktapida of Kashmir cleared the bed of the Baramula river of rocks and silt to control recurring floods. Swamps and other uncultivated lands were reclaimed for purposes of cultivation. He facilitated irrigation. Kashmir thus prospered under him though he went on regular military expeditions. During 4th century, King Bhoja of Bhopal built the Bhojtal, which is deemed the largest artificial lake in India. The lake was created by constructing an earthen dam across the Kolans River. According to Western historians, which is adopted by our own many historians, Raja Bhoj’s timeline dates to 11th century. According to Chronology of Ancient India by Shri Vedveer Arya, Raja Bhoj ruled in 4th century CE for 55 years, 7 months, 3 days.

In mid 17th century, Garhwal queen Karnavati, also known as ‘Naak Kati Rani’ (as she cut off the noses of the surviving Mughal soldiers of Shah Jahan after she defeated them in battle) built the Rajpur Canal, the earliest of all the Dun canals. This canal started from the Rispana River, a tributary of the Song River, and brought along waters to Dehradun city.

Besides, there are archaeological evidences to corroborate the implementation of water harvesting techniques and controlling floods in ancient India. Excavations in Indus Valley sites across central and western India dating back to 2500 years to 8000 years, Keeladi in South India dating back to 2500 plus years and more sites reveal proofs of excellent systems of water harvesting and drainage. Gujarat at present  struggles to find ideas to manage its water resource, but the ancient settlement of Dholavira revealed an intricate system of interconnected water reservoirs, bunds, channels, drains, and check dams. Dholavira is one of the largest and the most prominent archaeological sites of the Harappan civilization. That’s hydraulic engineering that not only controlled floods but also harvested water. As per a report published in The Hindu Business Line, “The presence of the grand East Reservoir and a series of reservoirs excavated earlier suggests that the Harappans had a good water-harvesting system.”

The ancient city of Dholavira, a semi-arid region, received an average of 260 mm rainfall annually. With saline subterranean water, scarcity of potable water and no perennial water sources, ancient Indians settled there managed the crisis well. The city was planned and laid out in such a manner that the eastern region was kept higher and the western lower. Mansar storm water channel and Manhar channel flanked the south and north respectively. To collect the monsoon runoff from these storm channels, a series of 16 reservoirs were built between the inner and outer walls of the city. That amounted to collection of 250,000 cu.rr. of water! Besides, air-apertures were created through large storm drains inside the inner city for easy passage of rain water! Do we notice such grand water engineering marvels today? We, today, are no match to our ancient brilliant ancestors!

Sringaverapura near Prayagraj where Rama crossed the river Ganges along with Sita and Lakhsmana on their way to exile had a sophisticated water harvesting system. The hydraulic engineering exploited to harvest water dates back to the 1st century BC. Comprising of three percolation-cum-storage tanks, it was fed by an 11 m wide and 5 m deep canal that stored the floodwaters of the river Ganga.

Who isn’t familiar with the formidable and well fortified Chittor Fort that served as Mewar’s defense! It is a water fort built during the 7th century. This fort, nestled in the Aravalli Hills at a height of about 152m at the eastern border of the Thar desert, is spread across 700 acres. It had stood robust against the tides of time and attacks! Chittor Fort, which is the largest fort in Asia, has 84 water bodies or reservoirs, out of which only about 22 exist today. These reservoirs can store about 4 billion litres of water! The reservoirs include stepwells (baories), wells (kunds), and ponds (talabs). 40% of the fort comprises of water bodies with average reservoir depth at 2m. The stepwells and wells are located below the ponds that have a natural catchment so that even seepage from the ponds is not lost. Such was the engineering marvel exhibited by our ancestors! 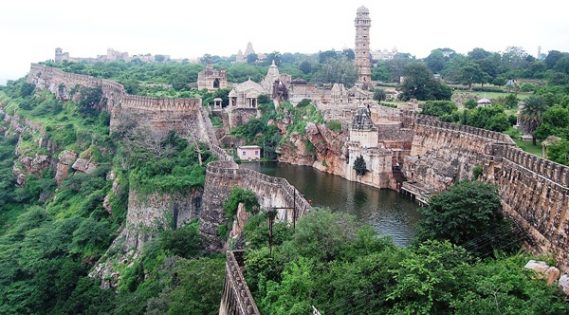 Water harvesting systems were also built on top of the roofs of houses in ancient India. This practice is still followed in many parts across the country. Few of the ancient water harvesting methods that are still in use today are jhalaras, talabs and village ponds, taankas, eri tanks, baoris, johars, ahar pynes, and the list goes on. Then there are various traditional water harvesting techniques unique to regions, practiced across India.

Bundelkhand is one of the most arid regions of India. The region reels under drought conditions even before the onset of summer. Women travel several kilometers to fetch drinking water. Hand pumps set up by the govt. do meet immediate drinking water needs. But what about water for crop vegetation? The ancient rulers of Bundelkhand including Guptas, Gurjar Pratihars, Chandelas, Bundelas, and later rulers created small and huge artificial lakes to conserve rainwater for irrigation of lands for cultivation. Most of these lakes were interconnected so that water needs were met even in the driest of summer months. Most of these lakes have been filled up over time for habitation and to meet modern residential purposes. The 17th century Laxmi Tal in Jhansi, which is spread over an area of 2370 hectares, is now a dumping ground of municipal waste water of the city! That’s the fate of modern India and the effect of modernization! 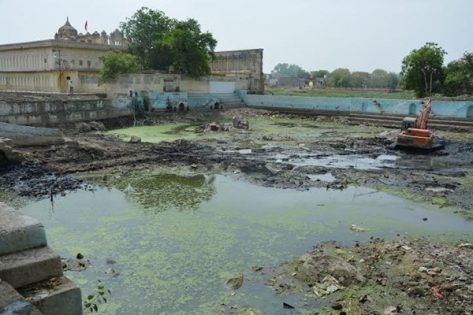 This is only a partial account of the water management techniques followed in ancient India. Going by this account, we can only clap our hands in admiration for our ancestors for their water engineering marvels! Is this the developing or developed India we are witnessing at present?