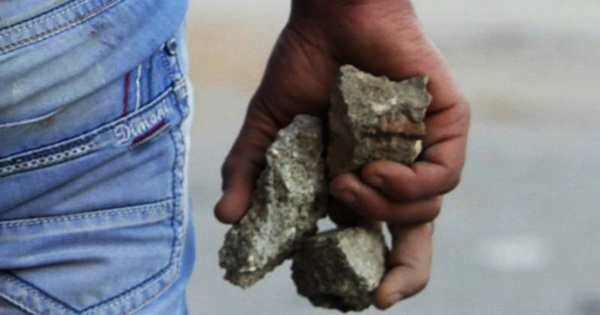 Most of us are discussing about Sharia Courts without any discussion on what is Sharia and what is not, and no one is going through the source through which the Sharia Jurist derives their judgment on the case to case basis. Sharia derives its judgementprimarily from Quran and then secondarily from Sunnah, and there are four different schools of thoughts (Hanafi, Maliki, Shafi’i, Hanbali) in Sunni Islam and (Ja’fari, Zaidi) in Shia Islam. The most prominent book for the subject of Sharia is Reliance of Traveler which is acknowledged by the world most prestigious Islamic University Al-Azhar University as the most authentic source for knowing about Sharia.

1. The Apostate from Islam

6. The Person Who Commits Bestiality

7. The Person Who Commits Incest

We do not have a law in India or in Hinduism which states that those who change their religion should be killed as India has been a country where four religion took birth. However, in Islam Apostates are considered as traitors/Spy.

“On the authority of Ibn Abbas (RA) narrated the Messenger of Allah (SAW) said: “If somebody (a Muslim) discards his religion, kill him.1,2,3,4,5,6

Also, we find the support of death penalty to Apostates from Quran verse (An Nisa 4:89)

“But if they turn back (from Islam), take (hold) of them and kill them wherever you find them”7

In a civilized country there are laws which try to understand the motive of murder in case if the murder is of self-defence the punishment is not severe however if the Murder is willful then severe punishment is given to guilty however capital punishment is still rare but this is not the case in Islam under the Sharia penalty of Murder is death. Also under Islam, a Muslim is not supposed to kill another Muslim unless he is spreading mischief in the land which generally means the acts which are against Islam or can harm Islam.

“The climate of Medina did not suit some people, so the Prophet ordered them to follow his shepherd, i.e., his camels, and drink their milk and urine (as a medicine). So they followed the shepherd that is the camels and drank their milk and urine till their bodies became healthy. Then they killed the shepherd and drove away from the camels. When the news reached the Prophet he sent some people in their pursuit. When they were brought, he cut their hands and feet, and their eyes were branded with heated pieces of iron.”8

However, as Islam differentiates between believer and non-believer the ruling also differs hence in case Muslim kills a Non-Muslim the punishment would not be harsh,but he could financially pay for the loss of life to a remaining member of non-muslim if they are alive only in case if its proven that Non-Muslim use to pay Jizya willingly.

“A Muslim should not be killed in retaliation for the murder of a disbeliever.” 9

Adultery is a crime in India under IPC 497. However, the law is in favor of women however the reverse is applicable in Sharia if the victim fails to provide fourwitnesses that she has been raped or if there is the availability of 4 witnesses in case of Adultery the punishment is death10,11,12,13

Although homosexual acts are illegal in India and many Non-Muslim countries however the punishment of such acts are not capital punishment. Sharia is quite clear that punishment for such an act is death.

We can also the below Fatwa issued by Ibn Qudamah-

If two women engage in lesbian sexual relations, then they are guilty of zina and are cursed, because it was narrated that the Prophet (peace and blessings of Allaah be upon him) said: “If a woman has sexual relations with another woman, then they are both guilty of zina.” There is no hadd punishment for them because they did not have intercourse, rather it is likened to intimate relations that are less than intercourse, and they are to be subjected to a ta’zeer punishment14.

Indian IPC 377 says the person who engages in such act is to be imprisoned for life or 10 years and need to pay fine. The same is punishable by death as per Sharia.

Abdullah ibn Abbas: The Prophet (SAW) said: “If anyone has sexual intercourse with an animal, kill him and kill it along with him.” I (Ikrimah) said: I asked him (Ibn Abbas): ‘What offence can be attributed to the animal?’ He replied: ‘I think he (the Prophet) disapproved of its flesh being eaten when such a thing had been done to it.’

Although we do not have any specific law dealing with such acts however the several law can be applicable in such an act where there has been an abuse of Child especially POSCO. Sharia has the ruling of capital punishment for such an act.

The 295(A) is a gift by Muslim community to Hindus although they failed to push the notion of the death penalty to anyone who insults Prophet but the judgement for Sharia is death.

Hussain ibn Ali related from his father Ali Ibn Abi Talib that the Messenger of Allah (SAW) said: “Whoever curses a Prophet, kill him. Whoever curses my Companions, beat him.”19, 20, 21

The recompense of those who wage war against Allah and His Messenger and do mischief in the land is only that they shall be killed or crucified or their hands and their feet be cut off on the opposite sides, or be exiled from the land. That is their disgrace in this world, and a great torment is theirs in the Hereafter.

Some people would find this as odd however under Sharia people show tricks are considered as Magician,and the punishment for such crime is death as these people are the one who claims to have Allah’s name and attributes.29 Although as perSharia Muslims are not allowed to read books with the genre of Magic in it30.

As we can see from above only Murder, Repeated Drug dealing and Rape offences (In case the crime is heinious like 2012 Delhi Gangrape) result in Capital Punishment that too its rare to award capital punishment in India. One can also note that crime like Adultery  is a social and personal crime, and it does not have a direct impact on society while Homosexual act, Blasphemy, and Magic acts are not even crime but since all these are acts which are considered prohibited in Islam the state needs to carry on capital punishment for the same.

Latest posts by Anonymous (see all)